Benitez, like his last pitch as a Giant, is long gone 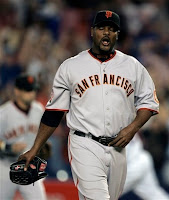 How appropriate was it that the Giants purged themselves of Armando Benitez in Shea Stadium, the home of so many of his meltdowns?

When Bruce Bochy first joined the Giants, the first thought I had was "Wow! He's had Trevor Hoffman, a potential Hall of Fame closer, his entire managerial career. How long could he stand having Benitez blowing games for him?"

The answer turned out to be "less than two months."

And they got a 25 year old kid named Randy Messenger, who has a decent ERA!

After the other day, I would have traded him for an Arby's Super Roast Beef Sandwich and tickets to Hostel 2 (which I saw last night by the way. It is awesome.)

BEFORE his spectacular conclusion to his Mets career, he sensed the end was near and gave his thoughts to the Contra Costa Times.

Among his gem quotes includes this one:

"It wouldn't be the first time I've been traded. But it'd be a mistake."

No kidding.
It's ALWAYS been a mistake... for the other team.

Benitez is gone.
Someone else will have a chance to close. 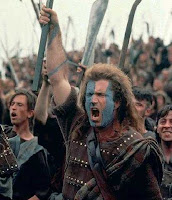