Here's what I want to have happen this Labor Day weeekend 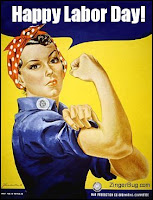 As we enter the last part of the season, there is a full slate of games for this weekend.
Here's what I hope happens in each series.
RED SOX vs. WHITE SOX
I want to see the White Sox win the division... but not at the expense of MY Sox. Look, I realize the Red Sox are probably going to fall short, but I want the Yankees and Rays to EARN their playoff spot. Obviously I want a sweep... but I wouldn't mind seeing Manny hit a garbage time home run either. Buchholz is going for win #16, Lackey for win #13 and Beckett win #...5? Let's pad some stats!

YANKEES vs. BLUE JAYS:
Duh... I want the Blue Jays to sweep them. And I don't want any game to be close. And I want someone in the Yankee dugout to be sobbing and questioning their role in the universe.
CUBS vs. METS:
I have no ill will towards either franchise, but I WOULD like to see the Mets finish above .500 this year. Plus I like R. A. Dickey and would like to see him get to double digits in wins. I hope the Mets take 2 out of 3.
ORIOLES vs. RAYS:
Another duh. I want the Orioles to dig deep into their bag of pride and sweep Tampa. If the Red Sox are going to have a miraculous come back, they will need some help.
BREWERS vs. PHILLIES
I actually like this Phillies team and wouldn't mind seeing Cole Hamels get a win seeing that he was denied a few wins due to poor hitting. And I want to see Roy Halladay get to 20 wins and a win this weekend will be #18. But the Phillies losing would mean the Giants would gain ground in the Wild Card race. And I would like to see the Brewers above .500 (they are 9 under now.) I will be pulling for the Brewers to win 2 of 3, but Halladay getting the win on Saturday.
NATIONALS vs. PIRATES
First of all, there had better be a give away this weekend in Pittsburgh. Like Steelers tickets. Two teams thinking draft pick going head to head... what can I say? I am a sucker for the Pirates. I hope they win the series 2-1.
And oh yeah, I want Nyjer Morgan to take on the whole city of Pittsburgh.
BRAVES vs. MARLINS
I never liked the Bobby Cox Braves and I am not going to start liking them now! I'd much rather see the Phillies win the Division. The match up tonight has Kawakami vs. Miller... two pitchers with a combined 1 victory. I want a Marlins sweep and have the Phillies inch closer.
RANGERS vs TWINS
A.K.A. the ALCS from Ratings Hell. Normally I would be pulling for 3 well played games and let the winner fall where it might. But because I am rooting for the Red Sox to sweep the White Sox, I need the Rangers to sweep the Twins to let Chicago keep pace.
REDS vs. CARDINALS
The Reds can essentially sweep the Cardinals playoff hopes away. A Reds sweep would give them an 11 game lead with 28 to play. And I WANT the Reds to win the Division. But they are going to anyway. So I want Cincy to win tonight and have Arroyo get his 15th win. And then I want the Cardinals to win the next two and get Carpenter HIS 15th win and Wainwright to get his 18th.
TIGERS vs. ROYALS
I hope the Royals win tonight... I'd like to see Zack Greinke get a few more W's. I'd like to see Armando Gallaraga get a perfect game on Sunday. As for Saturday? I want 28 innings.
ASTROS vs. DIAMONDBACKS
I literally couldn't care less about the outcome of this series that will not affect the pennant race in the slightest. So I want each game to go 30 innings, each team to hit a game tying home run down to their last strike and I want an outfielder to leap over the fence, catch a ball and land in the pool.
ANGELS vs. A's
Even when they aren't contenders, I don't like the Angels. Plus I'd like to see the A's get to .500 and Trevor Cahill get to 15 wins. I want an Oakland sweep.
ROCKIES vs. PADRES
No offense, San Diego. You have a lovely city and your team is a great story. But I want the Giants to win the Division and a nice big ole sweep by the Rockies will go a long long way for that.
MARINERS vs. INDIANS
I hope they get a Time Machine and go back to 1995 when this would have been a great match up. I hope Felix Hernandez gets a "W" and each other game is decided by a leaping catch into the stands.

GIANTS vs. DODGERS
Some day a Dodgers/Giants series will bring around a lot of tension in my house as I have one son who claims to be a Dodgers fan and another who calls the Giants his own. For now, they seem more interested in watching Toy Story. So to my son Matty, who likes the Dodgers, I'm sorry pal... I want the Giants to sweep them!

So let's see what I can get in terms of my wish list.
And let the great Red Sox comeback begin NOW!