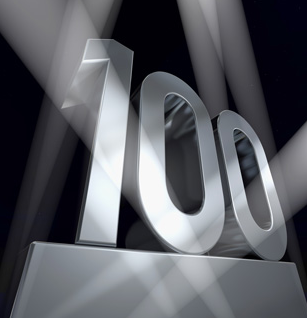 This is the 100th Sully Baseball Daily Podcast.
I talk a little A-Rod, a little Giants, a little Cardinals.

To subscribe to The Sully Baseball Daily Podcast, click here.
And leave a message, rating and review on iTunes. 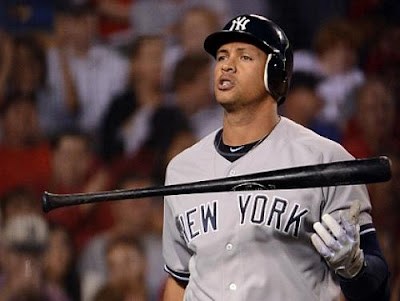 Today, I had WFAN's Jason Keidel on the podcast.
We talked about Alex Rodriguez, PED's, the Yankees and somehow started talking about Mel Gibson.

This was his most recent article on the subject.

Alex Rodriguez was using PEDS as a member of the New York Yankees.

Nobody is SURPRISED by this, are they?

I talk about that and others things on today's podcast.

The Dodgers are getting a new TV Network. It will be their answer to the YES Network.
The question raised on the Podcast is now are the Dodgers trying to win, or program a TV network?

Nolan Ryan = George Harrison... bear with me. It makes sense. 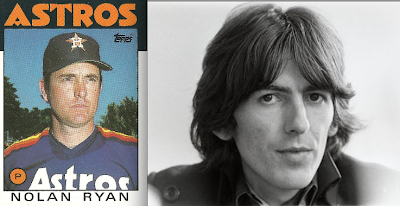 Nolan Ryan and George Harrison had very similar careers.
That statement may seem like a stretch.

One was a Texas born fireballer who now hangs out with former President Bush.
The other was a native of Liverpool who jammed with Ravi Shankar.

Not much in common on the surface.

But trust me, The Ryan Express and The Quiet Beatle had many parallels.


1. As young men, they were overshadowed by their more famous teammates/bandmates 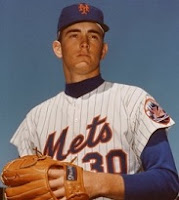 The pitching talent on the 1969 Mets was fantastic. And 22 year old Nolan Ryan could not take the spotlight away from Tom Seaver, the best pitcher in the league.

With a staff that included Seaver, Jerry Koosman and Gary Gentry in the rotation and Ron Taylor and Tug McGraw in the bullpen, it was tough for Ryan to leave his mark. The talent was there (92 strikeouts in 89 1/3 innings) but the chances to display the talent were limited.

George Harrison was brought into the Beatles to be the lead guitarist. The group already had a pair of alpha dogs who did the lionshare of the composing and handling the lead vocals. As great as George was, he only got one or two tracks per album.

John Lennon and Paul McCartney were like a pair of Tom Seavers. 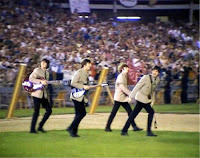 On August 15, 1965, the same year the Mets drafted Nolan Ryan out of Alvin High School, George and his Beatle mates played a little concert at Shea Stadium.

55,000 people showed up to see them play, which at the time was the largest venue they had ever performed in.

It was considered to be the high watermark of their live performing in terms of their legacy. It was also the biggest event Shea Stadium had ever seen up until that point. (That same day the Mets and Al Jackson shut out the Houston Astros 3-0 in the Astrodome. The Mets were in last place, 32 1/2 games behind the Dodgers.)

The next great moment in Shea Stadium history took place on October 6, 1969. The Mets defeated the Atlanta Braves, 7-4, and clinched the National League pennant. The pitcher on the mound when they clinched? Nolan Ryan.

8 days later, Shea Stadium hosted its first World Series game as the Mets beat the Orioles 5-0 in Game 3 of the 1969 World Series. The pitcher on the mound at the end of the game? Nolan Ryan.

3. Both gave previews of their future greatness 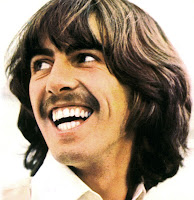 George's contributions to the Beatles became more and more significant, even if his allotment of songs did not increase.

His songs evolved from Taxman and If I Needed Someone to the iconic While My Guitar Gently Weeps.

By the time Abbey Road and Let It Be came about, some of the best songs were from George Harrison. Something, Here Comes The Sun and I Me Mine were among those album's highlights.

Meanwhile the Mets of the early 1970's were still Tom Seaver's team. But Nolan Ryan was showing flashes of his future dominance. He struck out 15 batters in one game on April 18, 1970, setting a Mets record that Seaver would break just a few days later. The spotlight was never far from Seaver, but the Texas kid clearly had ability that could not be contained.


4. Both took to a great change by achieving beyond people's expectations

The Mets gave up on Nolan Ryan after the 1971 season, shipping him off to the California Angels in exchange for Jim Fregosi.

With a clean slate, Ryan put together numbers that had never been seen before. The Ryan Express led the league in strikeouts in the first three seasons in Anaheim. His 383 strikeouts in 1973 remain the most in a single season for the modern era.

He started compiling strikeouts and no hitters at a record clip. His pitches were the fastest ever recorded. He led the league in strikeouts for seven of his eight years in California. The talent that was hinted at in New York exploded in California and would continue as he moved on to Houston after the 1979 playoffs. 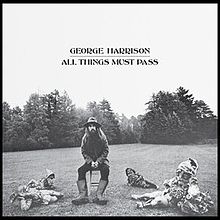 As Nolan Ryan was transforming into the American League's most intimidating pitcher, George Harrison's talents exploded after the Beatles disbanded.

No longer confined to a few songs an album, George released "All Things Must Pass", the musical equivalent of Nolan Ryan's 383 strikeouts.

The double album was filled with tracks that never made it onto Beatles albums. (A version of the title track was featured in the Beatles Anthology.)

My Sweet Lord, What is Life, Wah Wah, Isn't it a Pity, All Things Must Pass, Behind that Locked Door, I Dig Love, Let it Down... there were more great tracks on the album than anyone could have guessed from "The Quiet Beatle."

George continued to write and sing great songs in the 1970s. Living in the Material World had many great songs. His Concert for Bangladesh was one of the great live albums and a precursor to Live Aid. 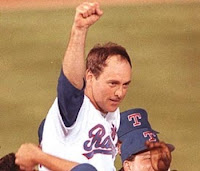 He struck out 301 batters in his first year with the Rangers, the highest total in the majors.

A new generation appreciated Ryan's brilliance. Older men looked at Ryan's longevity as an inspiration and the endorsement money poured in.

And the last image of Ryan's career might have been his fight with Robin Ventura, a sign that the old guy had some spark in him against the young up and coming players. 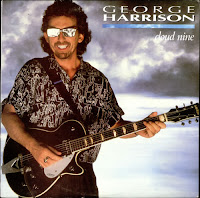 Meanwhile George Harrison emerged from a few years out of the spotlight (especially after John Lennon's murder) with the release of the album Cloud Nine.

His 1987 collaboration with producer Jeff Lynne became one of his biggest successes. He covered an obscure 1960's Rudy Clark song "Got My Mind Set On You" and turned it into a number one hit.

He composed his own songs including the title track, "This is Love" and his Beatles inspired "When We Was Fab."

In 1988, as Ryan was finishing his time in Houston, Harrison was involved in another unexpected success. The Traveling Wilbury's released their first album. The group that featured Harrison, Bob Dylan, Tom Petty, Roy Orbison and Jeff Lynne. They had several hits including "Handle with Care" and "End of the Line".

The Quiet Beatle made all new fans, many of whom discovered his previous tracks for the first time.

6. Both had success behind the scenes

In the late 1970's through the 1980's when George Harrison's musical output was minimal, he was still contributing to the entertainment world.

Along with a business partner, he set up Handmade Films and proceeded to produce some of the most profitable and some of the best British films of the era.

Monty Python's Life of Brian was their maiden voyage. Not a bad first film out of the gate. Handmade Films also produced Time Bandits, Mona Lisa and Withnail and I.

Meanwhile Nolan Ryan took over as principal owner of the Texas Rangers. The result was a turnaround of a moribund franchise. The team became a regular contender, winning the 2010 and 2011 American League pennant. They got to within one strike in two different innings of winning the 2011 World Series. 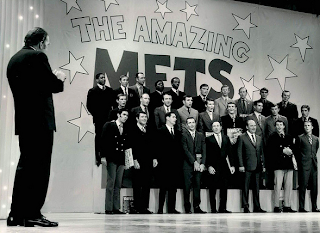 Granted, the Beatles multiple performances on The Ed Sullivan Show (no relation to me) were just a little more celebrated than Ryan's.

In fact the Beatles arrival on the Ed Sullivan stage was considered to be one of the great significant moments in pop culture history.

Maybe it wasn't as well known as the Fab Four's debut. But Nolan Ryan sang along with several of his 1969 Met teammates on the Sullivan stage not long after their World Series clincher.

They sang the song "You've Gotta Have Heart" from Damn Yankees.

The screaming for the Mets was not as constant as it was for the Beatles.

So there you have it.
On first glance, they might not look similar.

But Nolan Ryan and George Harrison had their share of similarities. Both were legends. Both exceeded expectations.

If Nolan Ryan's wife left him for Eric Clapton, then it would have been even more apt.

Let's let George play us out. 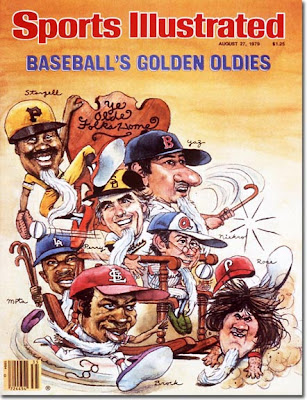 Guess what? Alex Rodriguez is one year away from being the same age as these aging players were when they graced the cover of S.I.

And they weren't coming off of two hip surgeries.

Why did the Diamondbacks trade Justin Upton?
For lots of stupid reasons of course!

That is the topic for today's podcast! 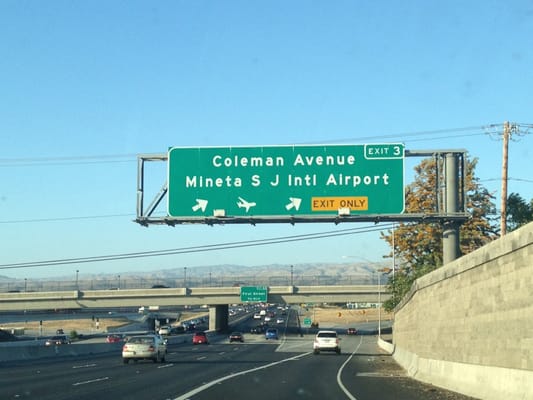 While waiting for my flight at Mineta San Jose Airport, I played the end of my conversation with writer Owen Good.

Author Dan Epstein is the guest on today's podcast.
We talked about the 1970s, our love for cookie cutter stadiums and nostalgia for an era that, as Dan said, "doesn't fit in the sepia toned narrative of Ken Burns."

He is the author of the amazing book Big Hair and Plastic Grass - A Funky Ride Through Baseball in the Swinging '70's. 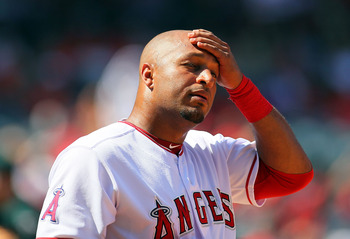 On today's podcast, I stand in awe of how fast the Phillies potential dynasty collapsed.
Then I propose a trade of junk, Vernon Wells for John Lackey. Seeing the new football stadium being built for the 49ers briefly made me nostalgic for Candlestick Park.

Then I remembered Candlestick Park sucked.

I discussed this on the podcast today.

On today's podcast, in honor of Dr. King, I talk about integration. There was more to social injustice going on during segregation. We were denied great baseball.

At one point I talk about THIS BLOG POST ENTRY about a "Dream Team for Dr. King."
I also mention this ARTICLE FOR THE HARDBALL TIMES I wrote about a telegram to Pie Traynor. 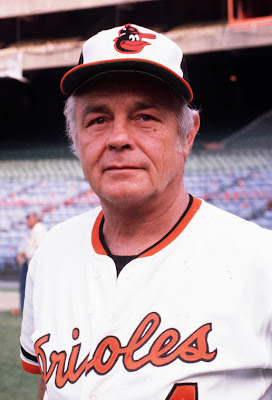 On today's Podcast, I speak with writer Owen Good and I speak about Earl Weaver and his legacy.
When we recorded it, we did not realize that Stan Musial had also died.

On today's podcast, I finish my conversation with Adam Wade, comedian and storyteller.

At one point we discuss the 1981 Boston Red Sox year book.

Here is the cover... 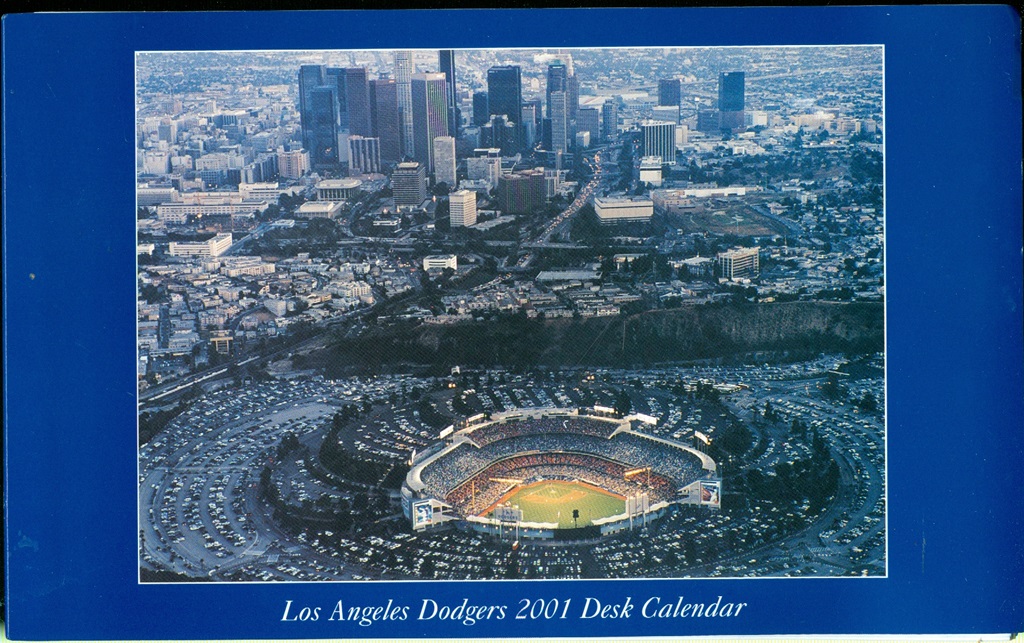 And this is the photo of Glenn Hoffman we obsessed over. 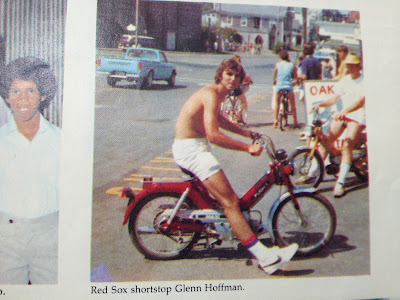 Adam Wade, the wonderful storytelling comic, was the guest on The Sully Baseball Daily Podcast.
We talked a little Red Sox, a little New Hampshire baseball and then it somehow got to Morgana the kissing bandit. 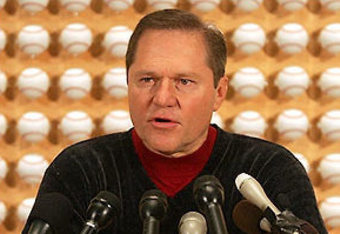 Who is calling the shots in Washington?
GM Mike Rizzo? Or superagent Scott Boras?

In the latest podcast, I make the case that it could very well be Boras. 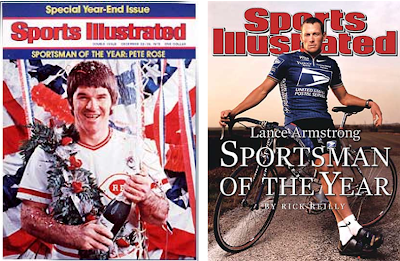 On today's podcast, I wonder why Lance Armstrong couldn't learn from Pete Rose's mistake.
You have to confess RIGHT AWAY!

Comedian Clayton Fletcher joins The Sully Baseball Daily Podcast today.
We talked about the Baltimore Orioles, run differential and what we should do with Buck Showalter.


On today's podcast, I wonder why the Diamondbacks are thinking of trading away Justin Upton while devaluing him left and right.

Make peace with the guy and take in the rewards of his prime! 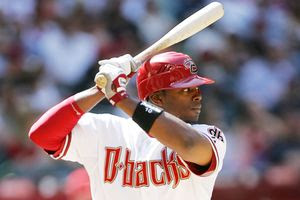 The Diamondbacks are continuing to shop Justin Upton. They are making a mistake.
As I wrote in my latest for Bleacher Report, they should make peace with their star and move forward in a winnable National League West.