What Fox Wants For The World Series... 2011 Edition 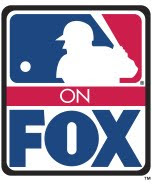 It has become a tradition at Sully Baseball. For the fifth consecutive, me and the staff try to figure out what Fox wants for their World Series match up and rank them from biggest ratings potential to absolute disaster.
We did it in 2007.
We did it in 2008.
We did it in 2009.
We made a video for it in 2010.
And now we have 2011.
Now keep in mind, this is not what I want nor what would make for the best baseball. This is solely taking into account what media markets and fan bases Fox wants to tap into.
And seeing that nobody in baseball seems to know how to market a team that doesn't play in Boston, New York or Philadelphia, there will be a lot of East Coast Bias.
Teams like the Rays, Diamondbacks and Brewers should be media darlings. But they aren't. That would take effort.
And of course Fox Sports executives wet their pants when the Red Sox stumbled out of the playoff picture. Lots of transplanted Red Sox fans are around the country which means lots of eyeballs on the TV. Now they have to do that thing that all TV networks hate to do: Make an effort to find an audience.
Now of course what they SHOULD want is a 7 game intense World Series. Short of that, let's see what they want to sell.
1. Yankees vs. Phillies
Once again, this is what they REALLY want. Two Northeastern teams and recent champs with lots of fans sprinkled across the country. Lots of recognizable names on both teams. A rematch of the 2009 series, which was one of the highest rated series in recent years. This would require the least amount of effort to sell and probably be the most popular. And of course, as fans bitch and moan about big budget East coast teams dominating the press, a meeting of two northeastern powers with the two biggest payrolls in baseball will undoubtedly draw the biggest ratings. Go figure.

2. Yankees vs. Cardinals
If any team can match the passion of the northeastern baseball fans, it is the Cardinals. With one of the biggest and most loyal fan bases in the country and many transplanted fans, this has the potential of being a great draw. The Cardinals didn't draw any viewers outside of their fan base in 2006, but against the Yankees there would be a clear villain.

3. Yankees vs. Diamondbacks
Normally any series involving Arizona wouldn't get much buzz (even though it should because they are a young exciting and energetic team.) But having the Yankees and Diamondbacks meet again on the 10th anniversary of the Post September 11th World Series would be pretty special. Derek Jeter, Jorge Posada and Mariano Rivera are still suiting up for the Yankees 10 years later.

4. Yankees vs. Brewers
The last of the Yankee match ups, which means the last potential match up that Fox would possibly want. Prince Fielder and Ryan Braun coming to Yankee Stadium would be sweet. So would Bob Uecker calling the games on the radio. Plus there are enough midwesterners all across the country who would adopt the Brewers. 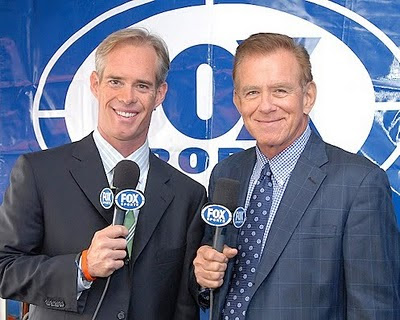 Now after this, sadly, the match ups would require baseball and Fox to market their sport and not just rely on the fans they take for granted. Which will NEVER happen. So even though virtually every single OTHER match up would include young superstars, solid pitching and potentially exciting baseball, Fox and MLB are dreading each and every one of them.

5. Rays vs. Phillies
A rematch of the 2008 World Series best remembered for a prolonged rain delay. I put this one high up because if the Rays get this far it would probably mean they would have slain both the Red Sox and Yankees. The little team that could would take on all three Northeastern Goliaths and win. That would be an amazing story. Too bad you can't sell a story like that.

6. Tigers vs. Phillies
The Phillies are the only potential National brand in the National League. And Detroit has a lot of fans living across the country because... well... a lot of people wanted out of Detroit. A Verlander vs. Halladay Game 1 would be amazing. So would Hall and Oates singing the National Anthem in Philadelphia and Eminem singing in Detroit.

7. Rangers vs Phillies
Can Texas become a baseball haven? They are incredibly likable and exciting. But that's football country. Just ask any fan of Friday Night Lights! And this could be a little Good Ole Boys vs. South Jersey rivalry. Sirloin vs. Cheesesteaks.

8. Tigers vs. Cardinals
Because EVERYONE loved the 2006 World Series. It's the "Maybe Leyland will have the pitchers take infield practice before the Series" Series.

9. Rays vs. Cardinals
The "If you put money on this being the World Series match up on September 1st you will be a millionaire" Series. The two teams that stormed into the playoffs after being left for dead going head to head would be great TV. So would seeing the fun and loose Joe Maddon square off against hard nose by the book written about him Tony LaRussa.

10. Rangers vs. Cardinals
The "To Hell With Either Coast" Series. Pujols hitting in the launching pad of Arlington. Hamilton, Young et al taking aim in St. Louis. A city of great baseball tradition against a team with a budding tradition. The Cardinals will bring out Ozzie Smith, Stan Musial, Bruce Sutter, Lou Brock and Bob Gibson. The Rangers will have Nolan Ryan and... um... Toby Harrah?

11. Tigers vs. Brewers
Nothing like two franchises that have never met square off against each other in the World Series. Sadly that isn't happening here. Here you have two teams that not too long ago were in the same division. I guess the fans of Detroit and Milwaukee will have fun driving through Chicago and honking at Cub fans on the way to the World Series games.

12. Rangers vs. Brewers
It's the "We both got rid of Carlos Lee before his contract became a behemoth" Series. (Seriously, what other history do these two teams have?)

13. Rays vs. Brewers
The "Maybe we can convince everyone it is a Buccaneers vs. Packers game" Series. Again, the teams will be filled with some of the most exciting players in baseball each fighting for the franchise's first ever World Series title. But something like that can't be promoted or used to get fans attention. How can that? It's not New York, Boston or Chicago?

14. Rangers vs. Diamondbacks
The "Is it hot enough for you?" Series. Or perhaps the "It's Hot but it's a dry heat" Series. You certainly can't claim East Coast bias in a series played in Texas and the desert.

15. Rays vs. Diamondbacks
Ironically, THIS is the series that fans should be hoping for. Two low budget, small payroll team with home grown stars made smart moves and made it to the World Series with guts, determination and smart baseball. You stick Brad Pitt in the middle of this World Series and people would pay attention. Instead it will probably be a ratings disaster... which is a disgrace.

16. Tigers vs. Diamondbacks
The World Series will be shown regionally. The rest of the country will see "The Making of Terra Nova."

So I will be watching no matter who is playing. I don't think there is a bad match up in the bunch. But what do I know? I'm not at Fox.