Hirings and Firings are never normal for Ned Yost 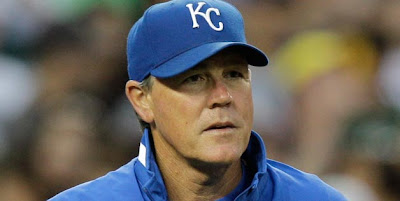 It might be early in the season, but if i were Ned Yost, I'd be worried.
And the reasons to be on edge for him can be seen in his very own history.

When he was in Milwaukee, he led the Brewers to their first two winning seasons in over a decade. And he had the team in line for a 2008 playoff spot, their first in 26 years, in September. The Brewers rewarded him by firing him with 12 games left in the season. Dale Sveum managed the rest of the year and in the Division Series.

In 2010, he took over the Royals just 35 games into the season. There were not high expectations for that Kansas City team, but evidently after a little more than a month into the year, it was time to make a change.

Well there WERE expectations for this season. There was minor league talent on this team that seemed ready to blossom. Alex Gordon looked poised to become a star.

And if the Tigers failed to meet expectations, the Royals were a cool pick to pull off an upset.

Is it Ned Yost's fault?
No.

But the fans are already indifferent in Kansas City and it isn't even May.

You can't dump the whole team and throwing the manager overboard could shake the team up.
Yeah it wouldn't be an orthodox move. But when has hiring or firing Ned Yost ever been by the book?