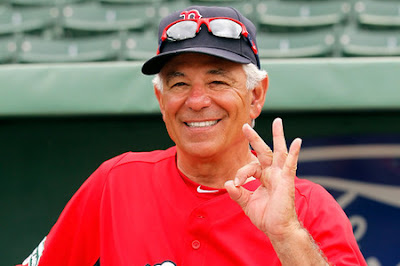 That's all on the label when you bought him.
Are these same people also stunned that Ozzie Guillen was going to run his mouth... or Javier Vazquez wasn't a good fit in New York... or that Milton Bradley was going to melt down?

This is who Bobby V is.
And he isn't going to be Terry Francona, Mr. Happy and slapping his players on the back. The Red Sox made a change in personnel and philosophy and they brought a guy who has no interest in doing things the way they were.

Hang on for the ride, Sox fans. This is either going to be a great success or a colossal failure. But it will certainly be interesting.