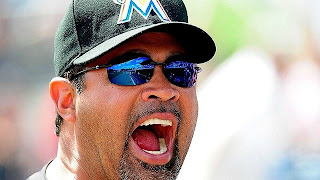 I need to address the Ozzie Guillen suspension and hopefully in 5 games this will be history.

First of all, how did Fidel Castro even come up in an interview?

"So Ozzie, what do you think of Stanton's double tonight?"
"It was good, but let's talk about the Bay of Pigs!"

Secondly, I don’t want anyone saying this is a free speech issue.

He’s not in trouble with the government.
He’s not going to jail for expressing his point of view.
He expressed his and the people protesting and boycotting are expressing theirs.

This is an issue about paying customers.

The Marlins just spent a lot of money and are having good PR for the new stadium and the last thing they want is a chunk of paying customers turning their back on the team.

The team has been there since 1993 and have won as many World Series titles as the Indians in their history, the Cubs, Phillies and Mets in theirs.

And yet the Marlins haven’t been embraced by South Floridians. Now the team has a new ballpark, a new identity and are even calling themselves “Miami” now.

And the Honeymoon which was supposed to last all year didn’t even make it to Tax Day!

Is the image of the team on the news their crazy new ballpark? Nope. It is people holding up signs and protesting.

So a smart thing to do, especially this early in the season, is to take Guillen to the woodshed for PR purposes, win back those paying fans and the Marlins will be a winning streak away from this all being ancient history.


It's not free speech nor politics.

It is PR and box office.

Finally, Ozzie, here’s some interview tips from your pal Sully.

You are a live wire and we love that about you.

Nobody is going to listen to anything after those words. And they aren't going to expect a nuanced argument. Let's face it. Subtlety isn't the Ozzie Guillen style.

Expect to get some backlash.

And if that backlash affects your employer’s bottom line, you will get in trouble.

Now sit out 5 games, say you are sorry and win some ballgames! 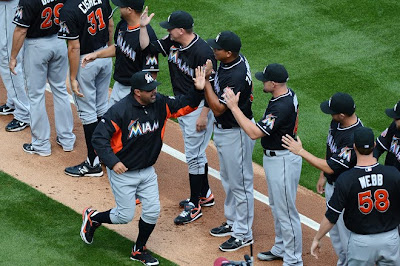