The official (and kind of crazy) Sully Baseball Predictions for 2012 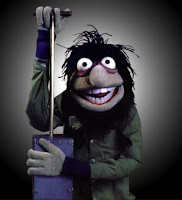 With the season beginning in less than 12 hours, it is time to make some bold predictions for 2012.

And yeah, some of them might be out there.

But let me ask you this:
Last year before the season what if I said “I don’t think the Red Sox, Braves nor Giants are making the playoffs but I think the Diamondbacks did”?

You’d think I’d be bonkers.
And I’d be right. So remember that before you comment.

AL East Champion
TAMPA BAY RAYS
Too much good pitching and lots of 2 wins out of 3 against bad teams.

AL Central Champion
DETROIT TIGERS
Too much fire power and too much pitching to not repeat.

AL Wild Cards
NEW YORK YANKEES
TEXAS RANGERS
The Yankees are no longer great but they are at least good enough to win 93. The 2 time defending AL Champs will fall just short of the Division title but sneak in with the new format.


NL East Champion
MIAMI MARLINS
The Phillies health becomes an issue and the Marlins get a huge boost from the new pick ups and the return of ace Josh Johnson.

NL Central Champion
PITTSBURGH PIRATES
You read that right. The Reds are overrated. The Cardinals are in a dark new territory. The Brewers take a step back. The Cubs and Astros stink. The Pirates win the Division with 83 wins.

NL West Champion
LOS ANGELES DODGERS
You read that right too. The NL Cy Young winner and a potential MVP are the building blocks on a team that no longer has the McCourt cloud hanging over their heads. They had a winning season last year. This year they’ll win 90 and the West.

NL Wild Cards
PHILADELPHIA PHILLIES
SAN FRANCISCO GIANTS
The Giants rebound and battle the Dodgers down the stretch. The Phillies fade in the East but hang on for a Wild Card invite. A potential Lincecum vs. Halladay one game show down?

That’s right, I’m predicting the Marlins will win their third World Series in as many decades.

Let’s go for some individual awards:

So there you have it. A Dodgers Division? The Pirates making the playoffs on the 20th anniversary of their last post season spot? No Red Sox?

Those are my picks… and I’m sticking with them.