Sully appears on "Proudly Presents" and talks with "The TRON guy" 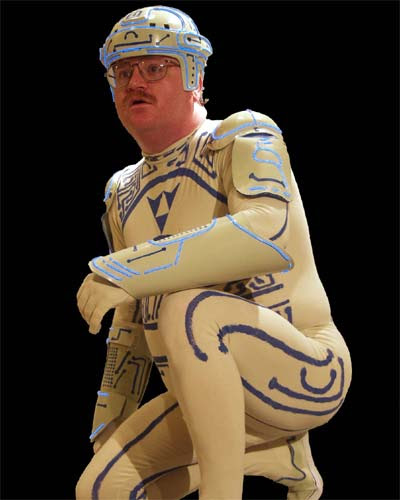 OK, this is a little change of pace from my baseball writing, but as many of you know I am also a film buff. I appeared as a guest on Adam Spiegelman's wonderful Podcast "Proudly Presents."

Adam hosts the show every week along with Eric Danger Nienhaus.
This particular show featured Adam Felber, one of the stars of Wait Wait Don't Tell Me on NPR as well as being an Emmy nominated writer for Real Time with Bill Maher.

And Jay Maynard, aka The TRON Guy, the fellow who created his own TRON costume and became an internet star.

We keep his 15 minutes of fame going on the show and in the second half, I attempt to defend the first TRON to the panel.

It's a good funny 30 minutes of your time.

LISTEN TO IT HERE.