I could throw 2 shutout innings against the Dodgers 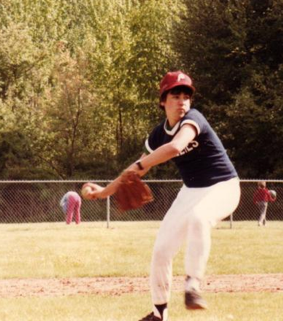 I'm not saying I am a good pitcher.
In fact I got clobbered when I pitched in little league (as seen above.)

But seriously. How hard could it be to shut out the Dodgers now?
They've been shut out for 56 of their last 57 innings.

In that time, opposing teams have a 0.31 ERA against them. That's less than 1 run every three games if stretched out.

And they just look desperate at the plate.
I think my 55 mile per hour lob could have them spinning.

This was the best team in baseball a few weeks ago!
Now I am talking trash about them.
And Carlos Lee wants no part of them.

Dodgers... GET YOUR SELVES A BAT! 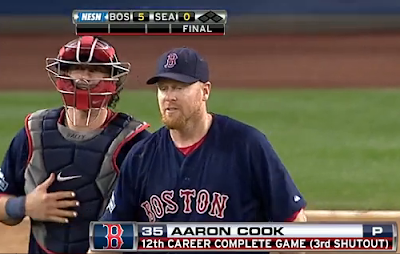 The Red Sox just keep winning. I'm still not convinced they are winning a Division or Wild Card this year, but man it is fun seeing them win.

One refrain I kept hearing from Sox fans was "wait until everyone is healthy."

Well the Red Sox are far from healthy. But when the likes of Daniel Nava, Franklin Morales, Cody Ross and Aaron Cook are kicking this much butt, maybe their injured players should spend more time in the trainers room.

THIS Red Sox team is fun and has guys who aren't cashing the big checks and breaking down.

If Carl Crawford comes back, does that send Daniel Nava and his .902 OPS to the bench?
Or maybe Cody Ross and HIS .915 OPS will get cobwebs while Crawford cashes a check.

I don't think so.
Come on Sox. Play the players who are actually winning games and appease the fans. We all know Crawford and Lackey are making a lot of money. Doesn't mean you have to play them! 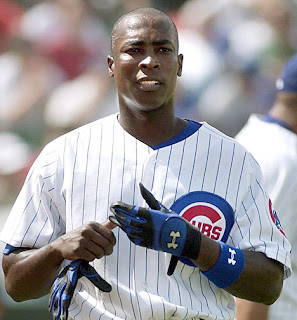 In my latest for Bleacher Report, I argue that Alfonso Soriano could be the Recess Peanut Butter Cup combination that both teams need.

You can read the article HERE. 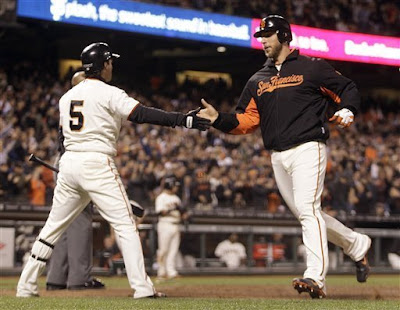 A little more than a month ago, the Giants were 1 game above .500 and seven games behind the Dodgers.

12 days ago, the Giants were 5 games out of first place.

This morning, Giants fans will wake up knowing their team is in first place by themselves.
On the heels of Madison Bumgarner's 1 hit masterpiece, the Giants have climbed into the penthouse by themselves.

Any combination of Giants wins and Dodgers losses equaling 128 will clinch the NL West for the Giants. 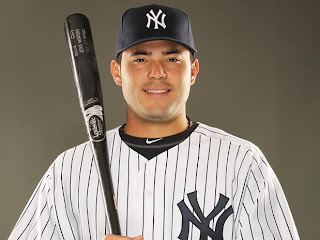 The Jesus Montero trade blew up in the Yankees face once Michael Pineda went down for the year. But now it looks even larger as the Yankees desperately need to make a trade for a starting pitcher, and they've already cashed in their best trade chip.

In my latest for Bleacher Report, I break down this problem in the Bronx. 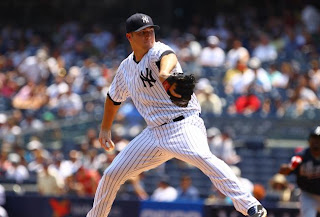 With Sabathia and Pettitte going on the DL at the same time, the Yankees great momentum might be facing a huge challenge.

If Phil Hughes ever wants to show the world that he is indeed a front line starter, that time is now.

I wrote about his challenge in my latest for Bleacher Report. 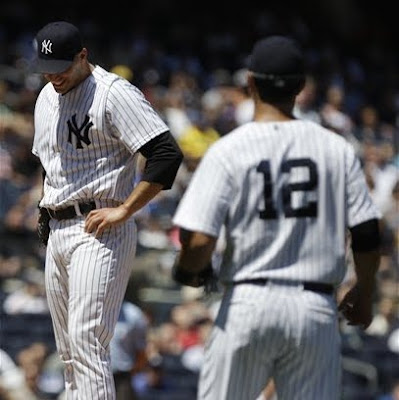 When you heard that he broke his ankle, how many of you thought "did he do it jumping on a trampoline?"

The Sully Baseball All Star Ballot for 2012

It's that time of the year again... the time when we immortalize a player for being an All Star based upon a good first half or by being a mandatory pick from a lousy team.

It's the All Star ballot time!

Now last year they handed out All Star roster spots like a T-Ball League hands out trophies. Evidently everyone got one.

My rosters will be a little more reserved. I have 34 spots including the nine starters (and DH), reserves and pitchers (with a smattering of lefties thrown in.)

Each team is represented.

- I put both Billy Butler and Jonathan Broxton on the squad to appease the home town fans. Jose Bautista was the odd man out.

- I opted for Alex Rios over Curtis Granderson. I have a feeling that pick will come back to bite me.

- Josh Reddick and his power put him on the club as the A's rep.

- Nobody on the Mariners deserves a trip. I selected Felix Hernandez because at least he had earned it in the past. Nobody should add "All Star" to their resume on the Mariners without earning it.

- I picked Huston Street over Carlos Quentin for the Padres rep. Neither has played enough to merit selection, but at least Street has a good save total. Also he has never been an All Star and deserved to be when with either Oakland or Colorado.

- Mike Trout and Mark Trumbo should be All Stars. Albert Pujols should not be. Who predicted that?

- Most A.L. All Stars? According to me, the White Sox! Who predicted that? Nobody.

- Most N. L. All Stars? According to me, the Cardinals! Things could look good for the Defending Champs!

We'll see how many get picked.
As I wrote last year, I think the season should START the season with the All Star Game. But nobody listens to me. 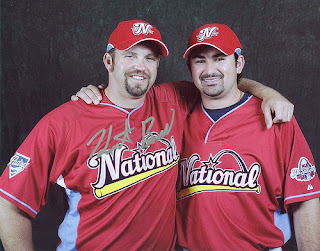 It always seems unfair when a small market team loses a star in the off season. But is it always a bad thing? Sure the Padres stink this year. But at least they are not being bogged down by big contracts for Adrian Gonzalez and Heath Bell.

In my latest for Bleacher Report, I talk about why appeasing the fan base for one winter can potentially be disastrous for many summers.

You can read the article HERE.

Showtime Should Have Followed The Red Sox for their Reality Series: A Bleacher Report Article 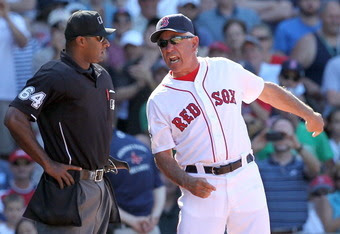 Showtime is following the Marlins for season two of The Franchise.

But with all the drama and strife on and off the field in Boston, they may have missed their best chance for some riveting reality TV.

I wrote about it in my latest article for Bleacher Report.

The full article can be found here.

Youkilis with the White Sox... it looks strange 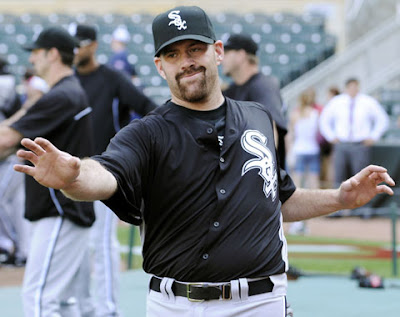 It's always an awkward moment... that first time you see one of your favorite players wearing another uniform.

It makes the whole "your guy was traded" concept so much more real.

Good luck in Chicago, Youk.
At least he still plays for the Sox! 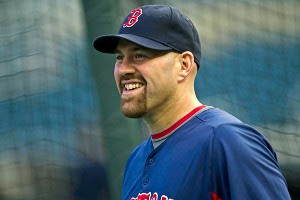 The Red Sox championships of 2004 and 2007 just got a little more distant today.

Kevin Youkilis is gone. He was traded to the White Sox shortly after the Red Sox defeated the Braves. He was given a hero's salute by the Sox fans when he left the game via a pinch runner.

Good.
He deserved that send off.

He never looked like an athlete. But he played hard. He played well. He was the Greek God of Walks. He batted .500 in the 2007 ALCS and matched all sorts of single series marks.

He didn't complain when Francona started Lowell and Ortiz over him in Games 3 and 4 of the 2007 World Series.

Like Nomar Garciaparra, his name became almost a rallying cry.
And also like Nomar, he was dealt to Chicago in mid season because it was time for a change in scenery.

Who know what Zach Stewart and Brent Lillibridge will bring to the Red Sox. Not much probably.

I for one am hoping that the White Sox do well and no doubt the fans in Chicago will embrace him at least for this season.

But since that last awful day in Baltimore last September, the Red Sox have said good bye to Francona, Epstein, Papelbon, Varitek, Wakefield and now Youkilis.

Consider my hat tipped, Mr. Youkilis. You were a great Red Sox champion.

It may seem to be a bit early to judge who had the best draft in 2010. But the White Sox are surprise contenders thanks to a pair of arms drafted less than two years before opening day.

I discuss the effect of Chris Sale and Addison Reed in Bleacher Report.

You can read the whole article HERE. 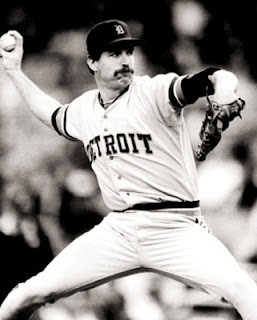 People wrote that there were no winners in the Roger Clemens trial.
Nonsense. The winner was Jack Morris who should take a wave of anti Clemens sentiment into Cooperstown.

Confused?
Well then read what I wrote for Bleacher Report.

The article can be found here. 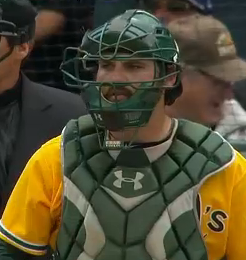 Derek Norris, the top catching prospect who was part of the Gio Gonzalez trade, made his major league debut this afternoon.

He threw out Dee Gordon in a key 9th inning situation helping put the A's in position to win in the bottom of the ninth. But that isn't why I am writing about him.

Look at this guy. He's what a catcher is supposed to look like. Stocky. Tough. Grizzled. Possibly angry. 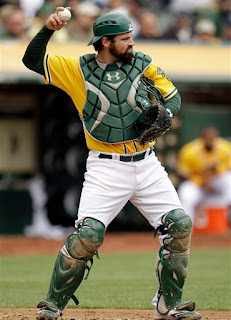 Just in terms of visual aesthetics, this bearded intimidating figure is what you want in a catcher.

And so far he has caught one game in the bigs and the A's let up a single run and he threw out the go ahead run in the 9th inning trying to steal. So at least in his first game, he passed the catchers test.

The A's were criticized for making so many deals this off season, sending young pitchers like Gonzalez, Trevor Cahill and Andrew Bailey, reinforcing a cheapskate image without the heroic Scott Hatteberg Moneyball home run to redeem the team.

But Josh Reddick, brought over from Boston, already has 15 homers while Bailey has yet to pitch a game for the Red Sox.

Cahill has pitched well for Arizona. However Jarrod Parker, the main chip in the trade, is pitching to a lower ERA. And the A's also got from the D-Backs Ryan Cook, who has been outstanding in the bullpen and Collin Cowgill, who has played well in the outfield.

And while Gio Gonzalez is a Cy Young contender in Washington, the A's haul in that deal has been on display each of the last two games.

Pitcher Tommy Milone threw a complete game victory yesterday to raise his record to 7-5. And Derek Norris showed today that he is ready behind the plate.

In the end, the Athletics might very well have the last laugh on all of the trade. However it does not look like Norris will be laughing at anything any time soon.

So as the Athletics out together their latest playoff team for Oakland (or San Jose or Fremont or wherever they will end up), they appear to have a catcher straight out of central casting.

Maybe an actor will play Norris in Moneyball 2.

The Most Recent No Hitter For Each Franchise (Updated for June 13, 2012) 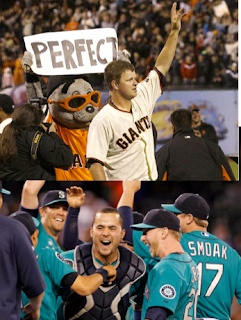 I took a few days off of blogging to take care of some non Sully Baseball matters.
It serves me right not blogging.
I missed a pair of no hitters. One a perfect game by one of the game's elite pitchers, Matt Cain.
Another a six pitcher marathon.

In a way, Kevin Millwood was diplomatic when he left the 1-0 no hitter with an injury.
Millwood threw a complete game no hitter for the Phillies on April 27, 2003.
Instead of throwing going all 9, his injuries forced him out of the June 8 game against the Dodgers.

What are the chances of Charlie Furbush, Stephen Pryor, Lucas Luetge, Brandon League and Tom Wilhelmsen getting listed in the All Time No Hitter tally?

Slim. But they are there now.


THE MOST RECENT NO HITTERS
FOR EACH FRANCHISE 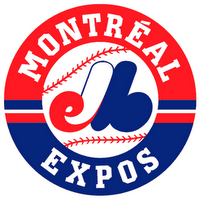 
Still waiting for the Padres.

The way this year is going with no hitters, it could happen at any minute.