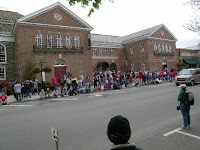 Well sports writers... if you want to cast a vote against steroids, now is the time to do it.

The Hall of Fame is announcing its new entries in about 15 minutes and not much has changed from my ballot last year.

RICH GOSSAGE
Don't dub Mariano Rivera "The Greatest Reliever of All Time" before looking at the Goose and his stats. Let's see Rivera pile up 133+ innings out of the pen and close out the Red Sox, Royals and Dodgers in 1978.

TIM RAINES
My co worker Tim Alves at Sports Unfiltered converted me to Tim Raines' deserving candidacy. He was the best leadoff man in the NL for a decade, mirroring Rickey Henderson's dominance. And played well as a veteran in the World Series for the Yankees. Don't give me the "Not on the First Ballot" garbage. You are a Hall of Famer or you aren't.

JACK MORRIS
Tim doesn't agree with me on this and I don't care. As big a big game pitcher for a decade as there was.

DAVE PARKER
More of an emotional pick than any. Didn't have the career numbers but was a dominating offensive force for the long haul.

ANDRE DAWSON
Another candidate I've been converted to. Put up MVP numbers in anonymity up in Montreal while playing on bad knees on that carpet.


So there's my ballot.
I don't really have hope for Morris, Parker, Dawson nor Raines.
And I wouldn't be upset if Blyleven got in... I just never thought of him as an ace like Morris.

But what a way to protest the latest steroid scandal... by letting in Parker and Raines from the cocaine scandals of the 1980s!
Posted by Sully at 10:49 AM No comments: 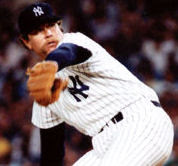 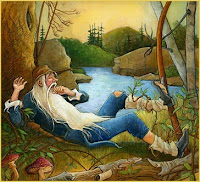 Wake me when pitchers and catchers report.
Posted by Sully at 11:20 AM 1 comment: