Mr. Francona Goes To Washington (at least he should) 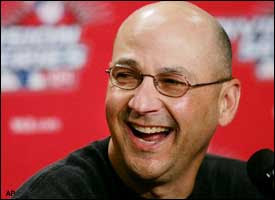 Terry Francona has had a rough few months. In the first week of September he looked like he was going to coast to his 6th playoff berth in 8 years in Boston. He was the dignified leader of the only 2 World Series titles the Red Sox have had since selling Babe Ruth to the Yankees. I thought he was going to be the manager for the next 10 years, being like Tom Kelly. He was a steady manager with multiple titles who gave the team an aura of class and professionalism.

On August 31st, the Red Sox beat the Yankees 9-5 and had a game and a half lead over the Yankees. Their 83-52 record was the best in the American League. If they weren’t World Series bound, they were simply going to be formidable.

After that day, the Red Sox lost 20 of their last 27 games. They finished in third place on the last day of the season. They never won back-to-back games the rest of the season. Francona was out as manager. It was revealed that the clubhouse was a mess on his watch and his own personal life was in disarray with a pending divorce.

He was passed over for both the Cardinals and Cubs managing job. Can you blame him that he wants to take a year off?

You’ve earned it Tito. I would argue that he never has to manage another ballgame in his life and he won’t have to answer to anyone.

But no doubt he’d rather go out like Tony LaRussa than have Carl Crawford’s failed dive for that ball be his swan song.

Well, Mr. Francona (he has earned the respect to be called Mr. Francona), get your life back in order. Fix your family situation. Relax and spend the summer away from the press.

Davey Johnson, a fine manager in his own right, is in charge in Washington. But he is not a long-term solution. He was an emergency stopgap when Jim Riggleman suddenly thought he was Earl Weaver and wanted a mid season extension. 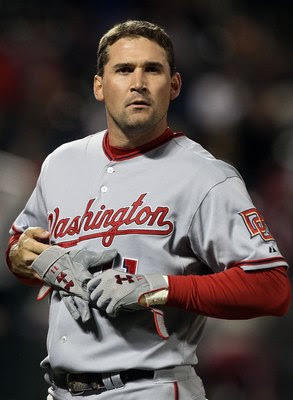 But there is talent in place. Obviously Ryan Zimmerman, Danny Espinosa and the safe and sound from his ordeal Wilson Ramos are in place.

And oh yeah… by 2012 Stephen Strasberg would be recovered and allowed to pitch without kid gloves. Plus Bryce Harper and Anthony Rendon will be in all likelihood on the big league squad. If the projections are any indications, a nice nucleus in Washington would be adding a Franchise pitcher and two franchise players.

And by then would age catch up with the Phillies?
Would Ozzie’s mouth catch up with him in Miami where Jeffrey Loria can’t stop firing managers?
Would the Mets still be a mess?
Would the Braves not be clicking?

By 2012 the National League East might be a winnable Division for a young talented team getting an influx of top tier talent.

A winning season would be the first Washington fans had seen since 1969.
And when you consider most baseball fans in DC grew up Oriole fans, they haven’t had a good team to root for since 1997.

Using my “You don’t follow a team before you are 7 years old” rule, no baseball fan 21 years old or younger in Washington or Northern Virginia who was an Oriole fan before the Nats arrival has ever rooted for a winning team.

So imagine what it would be like if the Nationals became a good team (which it looks like they are about to be!)

They will probably need a solid manager to hold the reigns.

That could be Mr. Francona.
And the bar is a little lower than in Boston.

It’s a perfect fit.
And it could be the perfect ending for a manager who deserves one. 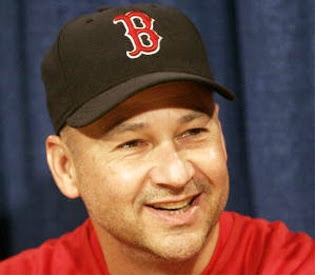