Looks like the Rays have a 2005 fetish as well 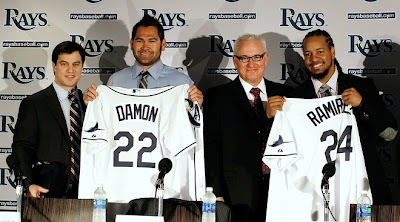 First the Yankees had their odd 2005 obsession.

Now it is Tampa's turn.
Damon and Manny are teammates for the first time since 2005.

But their off season requires a lot usage of the phrase "If they played like they did 6 years ago..."