File this under HOLY CRAP! Cliff Lee goes back to the Phillies

OK, who saw THIS coming?

Seriously... when I heard the Phillies were wandering in the mix for Cliff Lee I thought "They are still trying to make up for sticking Lee in the Roy Halladay trade. They are at least showing their fans that they knew they screwed that up."

It seemed like it was for show.
And I had asked Phillies fans to let their team off the hook for dealing Lee.

But obviously they weren't REALLY in the hunt.
We all read the articles. It was clear. It was either going to the Yankees for the big money or going to Texas to live a peaceful life, pay less taxes and murder deer.

It was like waiting for a new Pope. Black smoke meant Yankees. White smoke meant Rangers.

And napalm means EVERYONE ON THE PLANET EARTH WAS WRONG!

A night after the Dexter season finale disappointed with no big twist, Lee supplied one that has given shockwaves throughout baseball.

THE PHILLIES... they want to be the big bad monster of the National League and be included in the sentence with the Yankees and Red Sox as big ticket destinations.

Well it sure looks like they are that now. With a rotation of Roy Halladay, Cliff Lee, Cole Hamels and Roy Oswalt... is 110 wins out of the question? Plus they can deal Blanton for relief help or a veteran outfielder.

And you don't have to wonder if he can handle it. He WANTS to be there.

It is World Series or bust in Philadelphia.

THE YANKEES... There are two gigantic slaps in the face to the Yankees in this signing.

First of all it destroys the idea that the Yankees can sign anyone they want. The whole "Just get him... he'll take our money" didn't fly with Cliff Lee. And why not? I don't think it had to do with anyone spitting on his wife. He's going to Philadelphia where they VOMIT on each other in the stands.

It is the idea that if you want a sure fire chance at a ring, you are better off going to Philadelphia and NOT New York. Seriously which team is more likely to make it to series now? Clearly Philadelphia. Their #4 starter would be an ace for a contender.

And now the Yankees have to pick up the pieces. Their off season has been NOT subtracting while the Red Sox have been adding. After Sabathia, who do you trust in the rotation? Hughes? Is Petitte even coming back? Ivan Nova? Is Ed Figueroa around? 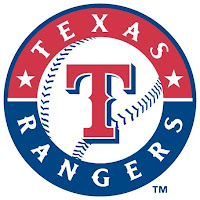 THE RANGERS... Well, Cliff Lee's role in Rangers history will be that of a mercenary. A spectacular cameo but a cameo nonetheless. You can't blame the Rangers. They went all in to get him... finally got the World Series and bent over backwards to retain him.

Ironically it was the Rangers willingness to sign him that allowed Lee to not automatically take the Yankees money and gave the Phillies time to get into the chase.

The Rangers still have a ton of young talent and could win the West. Look for them to target Zack Greinke and offer him the same Cliff Lee money.

(I thought Lee resigning with the Rangers would be the last scene of my Clint Eastwood movie.) 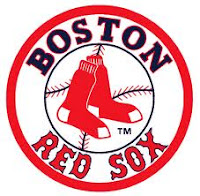 THE RED SOX... The fabulous off season in Boston just got a little bit better. With Lester and Buchholz, the Sox have a solid 1-2 punch in their rotation. They just need either Beckett, Lackey or Dice-K to rebound. And oh yeah, they need Papelbon to pitch for a new contract.

The lineup is set provided Youk is back and they have some depth. And unlike the Yankees they actually IMPROVED in the off season.

With the Rays dismantled and the Yankees pitching uncertain after Sabathia, the Red Sox MUST be the favorites now!

THE GIANTS... the World Champions are still giddy over winning it all and with the Padres dismantling, the Dodgers a mess, the Rockies questionable and the Diamonbacks in transition, they remain the team to beat in the West.

If Jonathan Sanchez gets his act together and Madison Bumgarner pitches the whole season, they could have the SECOND best 1-2-3-4 rotation in baseball. And prepare for a rematch in the NLCS.

Of course you realize this means War! (Not W.A.R.)

THE BRAVES...They should be on full "Let's go for the Wild Card" mode. They have good pitching and some great young talent. And picking up Dan Uggla was a big move and Jason Heyward is the real deal. But any hope that the mighty Phillies were going to take a big step backwards this year just was flushed down the toilet.

Having Lowe, Hanson, Hudson and Jurrjens might not be as sexy as what they have in Philadelphia, but it could lead to a 95 win season and an October ticket.

THE MARLINS... Like the Braves, they have a rotation that can best be described as "Diet Phillies." Josh Johnson is a top pitcher. Anibal Sanchez and Ricky Nolasco are solid. Javier Vasquez should fit in well in Miami.

Plus if Chris Volstad, Alex Sanabia or Jhan Marin develop they'll be five deep. And there's some talent in the line up. But with the Phillies entering "Yankee/Red Sox land" the Marlins shouldn't even be paying attention to them. They are Wild Card hunters in 2011 and hoping for more when they move into their new part in a few years.

THE NATIONALS... they are not a good team. At ALL. They are a 90 loss team that will probably have another losing season next year.

But God Bless them for pretending that they are just a few pieces away from being a winner. They overpaid for Jayson Werth and put themselves in the Cliff Lee sweepstakes. Now look for them to make a big push for Greinke.

Washington fans, you can't complain that your front office isn't TRYING, even though if EVERYTHING goes well in 2011 they will probably finish no higher than third.

THE METS... For Mets fans, tonight was the ultimate "I have good news and bad news" scenario. The good news? Cliff Lee isn't going to the Yankees. Take THAT arrogant Yankee fans.

If the Mets get off to a bad start in 2011, they have to consider dealing Johan Santana. A bad start could mean falling too far behind the Braves and Marlins in the Wild Card hunt and a meaningless season. The new brass can't be seduced by the "New York" in their name. They need to be realistic, something that was NOT Omar Minaya's strength.

So there you have it. One decision and suddenly all of baseball is turned sideways.
Man, do I have to wait this long to have it be more than "in theory"?