THE BIGGEST DEAL OF THE OFF SEASON 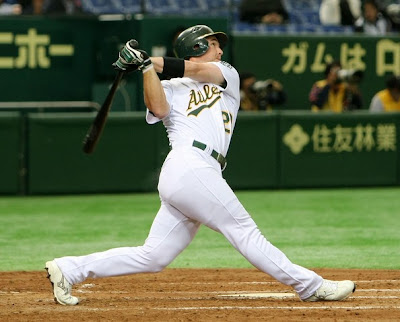 I was going to take the weekend off and take care of some things around the home... but the news of the big deal just made it imperative that I chime in.

I am of course referring to Jack Hannahan signing with the Cleveland Indians.

The left handed hitting jack of all trades infielder is a career minor leaguer with one complete big league season in 2008 for the A's.

And now he brings his stick and glove to Cleveland. It's a minor league deal, but so what?

The balance of power in the AL Central has shifted to Cleveland.

It's too bad he never made it to Boston in his brief stint with the Red Sox. It would have been so nice to have such a nice Irish name in Fenway.