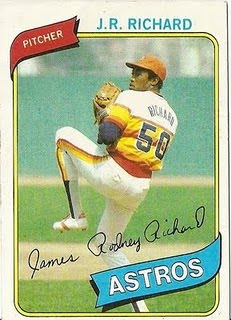 The Houston Astros should avoid a mistake that the Detroit Tigers made in terms of honoring one of their greats.

The Tigers are retiring the number 11 in honor of Sparky Anderson. It is a wonderful tribute by the team to immortalize the Hall of Fame manager along with the other Detroit legends.

No doubt his entire family will be there, as will members of his colossal World Champion squad of 1984. And certainly there will be stirring highlights on the video board of the many wonderful moments involving Sparky in Motown.

Do you know who will be missing?
Sparky Anderson, who passed away this November. 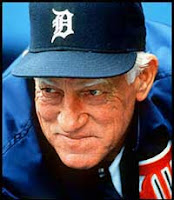 It was hardly a sudden death. And he didn’t die as the current manager of the Tigers. Sparky retired after the 1995 season.

Opening Day 1996 could have been a nice time to honor him.

He was elected to the Hall of Fame in 2000 and gave a memorable speech.

Maybe that year, the Tigers could have put #11 on the wall.

In 2005, the Cincinnati Reds retired Sparky’s number to honor his days at the helm of the Big Red Machine.

With a decade and a half to pull off the honor, they are doing it now? I don’t care how rocky things ended after the 1995 season. There is a lot of water under that bridge.

Posthumous honors are nice but in this case unnecessary.

Which brings us back to the Astros.

James Rodney Richard, better known as J. R. Richard, was on his way to being a Hall of Fame pitcher. I have absolutely no qualms making that claim.

He became a 20 game winner and a Cy Young contender by age 26 in 1976. From that season through 1979, he developed into a 300 strikeout artist, averaging more than 9 per 9 innings. He was an ERA leader, piled up complete games in the teens and had the most devastating fastball in the National League.

And along the way he helped forge the Astros identity as a pitching powerhouse. In 1980 he was well on his way to having his best season of his career when he suffered the stroke that ended his career at age 30.

That 1980 team, which paired Richard with another fireballer named Nolan Ryan, lost the National League pennant to the Phillies in the tightest best of 5 series of all time. The 1981 team lost the Divisional Playoff to the Dodgers by the slimmest of margins.

It is not outrageous to think that with J. R. Richard healthy, they would have advanced both seasons. (And both teams that eliminated Houston went on to win the World Series.) Perhaps he would have been around for the 1986 NLCS, another razor thin affair, this time against the eventual World Champion Mets.

Richard never returned despite a valiant attempt to come back in 1981.
He lost his money and was living under a bridge in 1994. He has recovered his life to a degree and is now a minister.

He is alive.
And he represents a devastating “What If” in baseball history. Could those Astros with Ryan, Joe Niekro, Ken Forsch, Joaquin Andujar and J. R. Richard have compiled one of the greatest pitching staffs of all time?

How many pennants would be won in bright orange?
Would the Astros have the World Series title that still eludes them?

Richard was a large man physically, but the shadow his stroke left on the team looms even larger. And he is a man who has shown an amazing ability to rebound in his life.

And his #50 isn’t retired.
The ownership has changed since 1980. Whatever bad blood had existed between Richard and the team should be tossed aside.

And for a team with a grand total of one pennant, they already have their share of retired numbers. Legends Jeff Bagwell and Craig Biggio are honored. So is Richard’s teammate Nolan Ryan. Fan favorites Jimmy Wynn and Jose Cruz have their numbers retired. So does Larry Dierker, who had success as a player and manager, and Mike Scott who nearly pitched the Astros to the 1986 World Series.

Also Don Wilson and Jim Umbricht have their numbers retired, both posthumously. Wilson died in a strange accident involving his car in his own garage. Umbricht died of a malignant melanoma. Both of their death’s were sudden and caught the Astros by surprise.

No doubt if Richard’s stroke caused his death, then #50 would have been retired in Houston as well. There is no need to wait for tragedy.

He is alive.
He should be celebrated.

Don’t wait too long, Houston. Don’t do what the Tigers did.