Madoff and the Mets 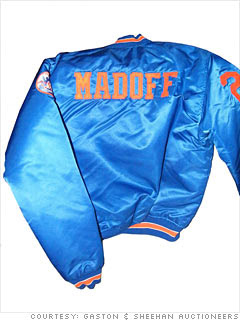 How appropriate is it that Bernie Madoff ripped off the Mets? There is something sadly appropriate about his mid 2000s hustling of the other team in New York with the Mets fortunes (or lack thereof.)

Lots of big promises were made by Madoff and the Mets.
Lots of money changed hands.
Lots of people had images of glory dancing in their heads.
And lots of people felt ripped off when it was all done.

Whether it was an elaborate Ponzi scheme or the brutal contracts and the false promise of the 2006 season, both Ponzi and the Mets squandered lots of money and the ripple effects of it will be felt for a long time.

I thought it was funny how the Wilpons kept insisting that the Madoff scandal didn’t affect their bottom line. But now they are starting to sell off parts of the team… a team filled with expensive yet worthless contracts.

I think the time is perfect for someone out there with a nice pile of money to become a new famous big shot in New York. Think about it. A billionaire who wants fame and adoration can come in, take the Mets way from the Wilpons and before long could be the person to turn the team around.

Then again maybe adding ANOTHER billionaire with big promises to New York isn’t the way to go right now.