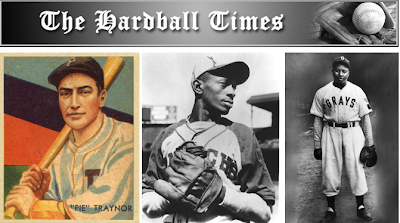 The Pirates had the opportunity to insert five Hall of Famers into their roster before the start of the 1938 season. They didn't and blew a 7 game lead in September.

It is a story involving what could have been the greatest battery in history, a starting line up that would have featured six future Hall of Famers and a superstar turned manager who was ahead of his time in terms of racial tolerance.

Read my whole article at The Hardball Times HERE.