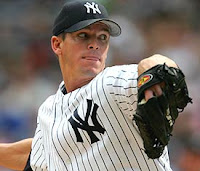 Reliever and former Joe Torre whipping boy Scott Proctor has left the country. He will pitch next year for the Doosan Bears of the Korean League next year.

Now Joe Torre ran his arm into the ground in both New York and Los Angeles. Seeing that Torre would cross a continent to continue wear him down, Proctor figured Torre probably wouldn't cross an ocean to do so.

Not so fast, Scott.
Torre resigned from his job at MLB.

You had better hope his Dodger bid is accepted. If its not, Torre will go back home to Hawaii... and that's half way to Korea. And I hear the Bears need a new manager.