Was Carmona or Heredia the good pitcher? 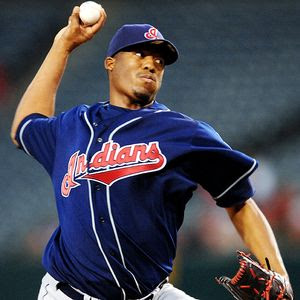 I know it is a scandal that Fausto Carmona has two identities and is actually Roberto Hernandez Heredia. But it is hardly a surprise.

He's always pitched like he was two different people.
One pitcher was a kick butt starter who made the All Star team one year and contended for a Cy Young Award the next.

The other was a disastrous "Doesn't belong in the Major Leagues" chump who four times had ERAs over 5. The Indians tried him as a closer and in 4 straight appearances lost or blew the lead every time.

And people are surprised he had an identity crisis?
I could have told you that years ago.

The key for the Indians is to only employ Carmona and they'll be in good shape.