MAKING SENSE OF THESE INTERLEAGUE MATCHUPS

But besides the A's/Giants Bay Bridge series and the Reds/Indians All Ohio Series, it s tough to find any natural match ups for this weekend.

We here at Sully Baseball will try to find the angle for each series. 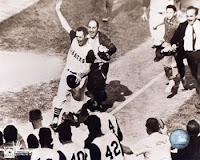 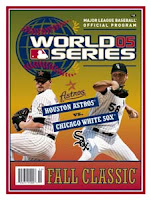 Um... this one is tough.
I'm dubbing it the "Hey! You have a nice new stadium and a lousy team? ME TOO!" Series

The "Did you realize the Twins' franchise originated in Washington... You don't care, do you?" Series 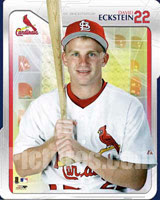 The "Wait, this is interleague? I thought they were both American League teams" Series

(I can never resist sneaking in a 2004 post season reference)

The "Which uniform from the late 70s and early 80s was worse?" Series

Oh boy... this one is tough... the um...
Oh hell it is the "We've got to play each other eventually so let's get it over with" Series

So there you have it!
Every interleague series has a natural history and intrigue behind them.
You just need to look hard for it!
Posted by Sully at 11:46 PM