The Steinbrenners can give one more F-You to Joe Torre... 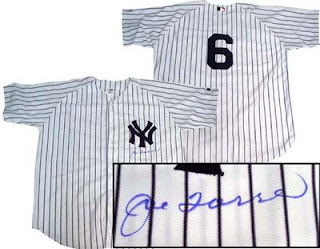 Something occurred to me as I read about Joe Gordon's induction to the Hall of Fame.

The Steinbrenners are not above doing something petty and vindictive and they seem to loathe Joe Torre, who had the audacity of taking credit for his remarkable run as Yankees manager.

Sure leaving out any mention of him during the Yankee Stadium closing ceremonies was pretty shallow (they gave Jesse Barfield a bigger tribute!)

But think of this...
They can honor the newly minted Yankee Hall of Famer by retiring his number 6 in the new monument park.
Who was the last person to wear #6?

That would be Torre... and it was widely assumed that his 6 would eventually be retired.
How clever would that be?

They get to be petty all the while looking like they are honoring a long departed Yankee Hall of Famer.
Don't put it past them.

If it happens, remember your friend Sully called it!