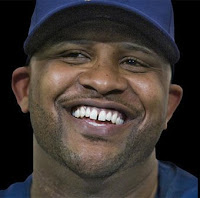 So the Yankees, bidding against themselves and a non existent West Coast offer, and CC who wanted no part of New York said "OK, I'll take $160 million... but if I want I can change my mind in 3 years."

Christ for $160 million I can find happiness living in a mouth of an active volcano.
But nobody has offered me $160 million (yet.)

Well there you have it... Sabathia's contract is the biggest ever for a pitcher.
And like Spider-Man, with great big contracts comes great responsibilty.

CC was awesome last year... but the standards are a little different now and you know HE knows it.

Last year he was in Milwaukee where the Wild Card was something to celebrate for the first time in 25 seasons.


Before that he was in Cleveland where winning is so outlandish the Indians didn't even win the World Series in the Major League movies. 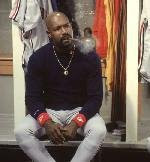 Indians winning the World Series?
WHOAH! We can only suspend disbelief so much!

Now he is going to the Yankees...

Sabathia lead the Brewers almost single handedly to the playoffs and got clobbered by the Phillies.

How would that go over in Yankee land?

Ask A-Rod who carried the Yankees in 2007 to the post season and when he opted out most Yankee fans were saying GOOD! He sucks!

That's a lot of pressure.

Even more pressure than his knees will have every time he takes a step. (Seriously, when he runs to the mound I almost expect him to yell "HEY HEY HEY!")

New York can do strange things to great players and big personalities. Hell I remember Bobby Bonilla being hailed as a great signing for a New York team.

I remember Bret Saberhagen being called a monumentous trade.

(I'm going out on a limb saying Saberhagen, Viola and Johnson all had more impressive October resumes... what with their World Series MVPs and all)

But the difference between playing in Milwaukee, Kansas City, Minnesota, Seattle and Phoenix is pretty big.

or possibly the biggest and coolest badass of the last decade who laughed at opposing pitchers like the sharks under his raft (El Duque Hernandez.)

And actually it's interesting to think of El Duque.
He really had only one regular season of note.

But he is a beloved Yankee
Why?

1) He was mysterious and cool

Randy Johnson won 17 games each of his seasons in the Bronx. The back page when he left was "Good Riddance."

Dave Winfield put up MVP numbers year in and year out in the 1980s. But he was "Mr May"

Meanwhile Aaron Boone didn't even START game 7 of the 2003 ALCS (he came in as a pinch runner) and will get a standing ovation at Yankee Stadium that A-Rod could only dream of.

Sabathia is a terrific pitcher.
One of the best in the game.

As a Red Sox fan I would drool to have him in my rotation.
It's a great signing for the Yankees.

For his sake I hope he realizes... only one month matters.
That's his responsibility. 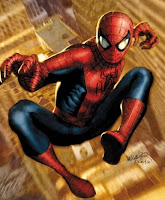