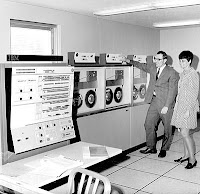 New technologies had swept through virtually every home in America… connecting people in ways that had never been seen before. Information traveled at unprecedented speeds. The news cycles were no longer contained by the daily newspaper but became 24 – 7. People were glued to their new devices, constantly being updated, constantly being entertained.

The entertainment industry at first feared it, then they embraced it. Politicians figured out how to use and manipulate it. And the effect of the new technology created new wealth, new celebrities and countless people wringing their hands that the age of personal interaction was dead.

And baseball’s first reaction to this technology was to hold its arm out and say “Stay away!”

Am I talking about the internet?

No! I’m talking about RADIO!

At first radio was considered to be something to avoid for baseball. Maybe a World Series game could be broadcast, but the common wisdom was “why would we broadcast our games and give it away for free when we want people to pay admission to see the game?”

Decent enough logic… except it didn’t foresee that radio would introduce the game to new fans. Before radio, the crowds were predominantly men and boys and the stadiums were rough and not family friendly.

A few teams experimented with broadcasting regular season games. With games being played during the daytime at a time when most women were at home, the excitement of baseball caught on with the housewives of America.

It started a Golden Age of baseball’s popularity and romance.

Why am I bringing this up?

Because baseball’s reaction to the NEW information technology, the internet, has been so slow that I wonder if they were advised by Ted Stevens.

I’ve looked to post baseball clips on this very blog.
And MLB doesn’t have a YouTube page.

And if you look up great moments in baseball history on YouTube, you’ll find every once in a while a stray clip that someone put on illegally… and a lot of camera phone footage.

I’ve wanted to embed a clip or two of a great moment from the previous night’s game… and if I CAN post one or two, they are usually taken down by MLB before you can say “Roberts steals the base.”

When it is the anniversary of a great moment, why can’t there be a place to pass clips around to commemorate it?

If a ballplayer passes away, shouldn’t their highlights make the rounds on line?

I know MLB.com has video highlights, but sometimes I can’t figure out where everyone is and guess what? I’M ACTIVELY LOOKING FOR THE CLIPS!

And good luck finding clips from just the previous year!

Baseball has such a rich history on film and such great highlights that I am guessing are sitting in a vault in New Jersey, like the Ark at the end of Raiders.

And all the while baseball wonders why they aren’t attracting new fans.
Well are you using all the tools necessary to FIND new fans?

Young fans are on line and a great clip on YouTube can spread to more fans faster than you can say Chocolate Rain. 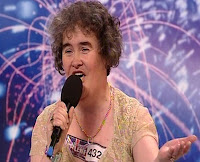 Imagine an amazing catch or a terrific story being passed around a la Susan Boyle.

My friend Rob Paravonian has been doing a brilliant music stand up bit about Pachelbel’s Canon. It was hilarious but not exactly something he could perform on a short TV performance, so he continued doing it on college stages and in the back of bars.

He posted it on YouTube and it currently has more than 10 million viewers.

Did the Roy Halladay no hitter have 10 million viewers?

MLB needs to take control of its YouTube destiny and follow Monty Python’s lead. Clips from the Flying Circus show and other films were making the rounds on line. The living members of Python got together, put the clips on themselves with original intros and links to buy their DVDs.

I bet they’ve made new fans and sold a few discs along the way.

MLB can put a 20 second ad in front of the clip (hey! Revenue!) and have control of the clip and maybe, just maybe, have some great moments seen by people younger than Julio Franco!

If over 17 million people are willing to watch this dude age 6 years, don’t you think that there might be some potential ball fans out there!

Baseball didn’t expect to have house wives show up way back then.