A March game that could haunt Milwaukee in late September 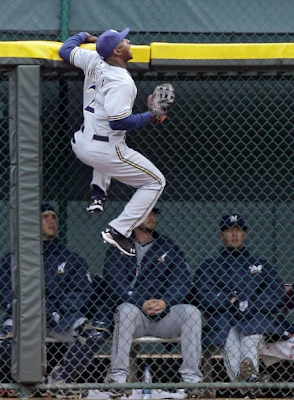 Yeah I know it is early.
It isn't even April. So with 161 games left to play, why is this game between Cincinnati and Milwaukee so important?

It is true that there is a lot of time to make up this one game deficit. But these two teams could be two of biggest contenders for the National League Central crown. And guess what? If these two teams go down to the wire, every game in September will be precious.

And if Milwaukee loses the division by a game, I am sure a game where they hit homers with the first two at bats of the season and had a 3 run lead in the 9th to the Reds then coughed it up will be a sore spot.

The games count as much now as they do late in the season.

You had better get your act together, Brewers. The Reds magic number is down to 161!