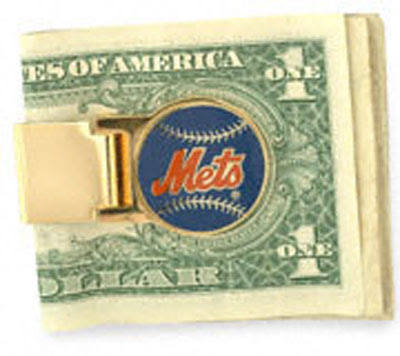 The Mets will have the 5th highest payroll in baseball and will probably lose 90 games in 2011, ergo they aren’t spending their money wisely.

A case in point, the Mets are paying Oliver Perez and Luis Castillo a combined $18 million to NOT play for them this year. Good money in a recession.

The staff at Sully Baseball can’t claim to be an economic think tank, but here are some helpful suggestions to what could be a better use of $18 million than spending it on Castillo and Perez.

BUY ALL 8 MILLION PEOPLE IN NEW YORK 2 PACKS OF GUM
For a few days, everyone in New York will have no excuse for bad breath.

SPONSOR 36,000 LITTLE LEAGUE TEAMS
At least the Mets will be paying them to PLAY!

GO TO A ROULETTE TABLE AND SAY “$18 MILLION ON RED!”
The odds of that money going completely to waste went down by 50%!

ERASE THE DEFICIT FOR NEW YORK CITY SCHOOL LUNCHES
Right now the $8 million deficit in the school lunch program is threatening some schools for cutting lunch all together. Pick up the tab on that and maybe spend the extra $10 million on something more nutritious than tater tots.

BUY 1,285,714 COPIES OF I’LL BELIEVE YOU ON AMAZON
Seeing the Indie film I directed become profitable is a much better story than paying for two players to go away. At least it is a better story for me.

DONATE $50,750 TO EACH PBS STATION
Maybe they spin it into “Tote Bag Night” or “Prime Suspect DVD Night” at CitiField.

HELP THE BUNNY WORLD FOUNDATION
SPAY OR NEUTER 1,800,000 RABBITS
Or are YOU going to take care of all of those bunnies?


BUY 818,181 CHOCOLATE COOKIE GIFT BOXES FROM THE LEVAIN BAKERY
Seriously, have you had one of the cookies from the Levain Bakery? They are so much more satisfying than anything Oliver Perez has done in a Mets uniform.


TURN 125 NEW YORK TEENS INTO MBA GRADUATES
Let’s say the Mets found 125 smart teenagers in New York public schools who couldn’t afford college. They pay for four years of Brooklyn College for all 125 (including student housing.) Then after they all get their Bachelors degrees, they pay their way through the Zicklin School of Business at Baruch College. By 2018, they will have 125 young minds with MBAs and inevitably ONE of them would be able give the Mets some sound business advice. (How could they be worse than the financial wizards who put them into this mess!)


THROW 18 MILLION ONE DOLLAR BILLS INTO THE HUDSON RIVER
Who knows? Some might float back to them.