The Blue Jays are the biggest market team of them all! 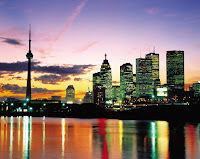 The Blue Jays just swept the Red Sox thanks to someone named Russ Adams.

Now they are off to New York to hopefully derail the Yankee train.

And I have read and heard about how this is the Blue Jays chance to be a spoiler to the two biggest market teams.

Excuse me? The Blue Jays have a market that is 3 times bigger in terms of population than the Red Sox and Yankees combined!

The Blue Jays actually HAVE a nation!

From Prince Edward Island to The City of Dawson, there should be 33 million sports fans united!

They all get united come hockey season to root for which ever Canadian team is up for the Stanley Cup. Well just imagine the revenue if from Nova Scotia to Moose Jaw, everyone is going crazy for Team Canada to take the World Series from the Americans.

I admit I wrote that last sentence just so I could say "Moose Jaw." 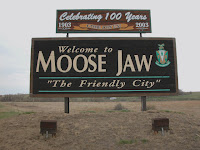 But I am serious about how the Blue Jays could go about it.
Heck, they could even change their name to "Team Canada."

How is that a worse name than The Tampa Bay Devil Rays or The Los Angeles Angels of Anaheim?

And it wasn't that long ago they were the big bad bullies of the baseball world.

Remember the late 1980s and early 1990s?
If there was a big time free agent, where were they going?

If they were Jack Morris, Dave Winfield, Dave Stewart and Paul Molitor... they were heading to the Blue Jays! 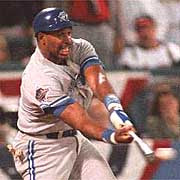 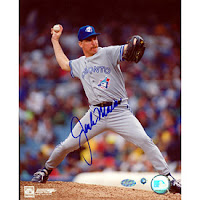 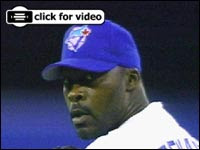 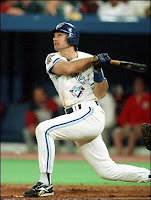 And I remember when they all signed, some people wrote how sad it was they took the big money from Toronto.

And they left for the big lights... OF TORONTO!

The Jays drew 4 million a year, won back to back World Series and if they missed the playoffs... they did so on the last day.

And now they are acting like they are the Pittsburgh Pirates.

WAKE UP AND SMELL THE ROUND BACON!

You can have national pride and big bucks again! Don't blame it on malaise from the strike. Kids born during the strike are 13 years old now.

Kids driving in Canada have no memory of it.

You've got a core of good pitching and a few hitters.
Take advantage of your 33 million potential fans (and go back to the old Championship unis while you are at it... you look like a softball team!)

And raise a new trophy... this time in the name of National Health Care and the Mounties 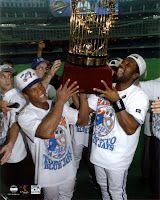