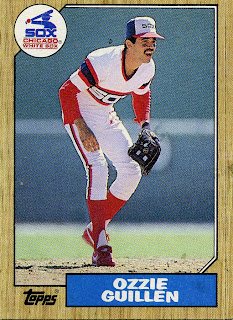 Man these were horrific.
I would argue they were the ugliest uniforms of all time.

I know some of you will disagree.

Some will say they weren't even the worst White Sox uniforms ever.

Some will bring up the Bermuda Shorts they wore in 1976.

Others will say "What about the lapels?"
And yes, they did have big collars like the one Ralph Garr has in this 3D card. 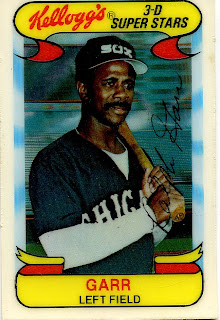 But take a look at these duds (both meanings.)
And soak it in. 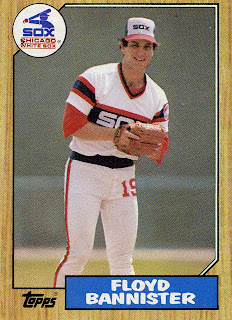 The SOX across the chest on a top that looks like pajamas.

The white front of the cap that makes it look like one of those cheap hats you'd get at a pizza parlor.

THE NUMBER ON THE LEG!!! 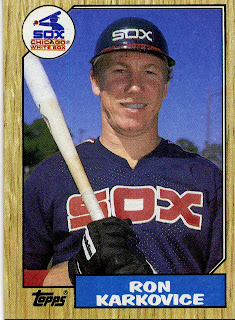 And the batting helmet was a solid blue with the ugly SOX across it.

No uniform screamed out "Short Season Single A Ball!" more.

The worst thing about these unis?
Some great players best known with other teams played in these threads that Gil Gerard would reject on Buck Rogers. 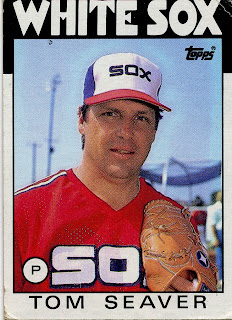 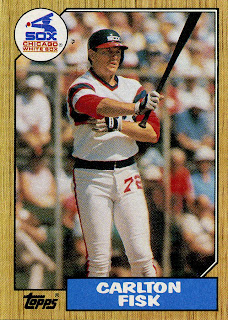 Thanks incompetent Red Sox front office who forgot to mail Fisk his contract! 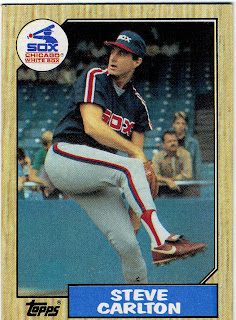 Well he didn't know when to hang them up.


So while most teams have taken the route of classic looking uniforms, the Staff at Sully Baseball had to tip our hats to a uniform so ugly that they overshadow SHORTS!