Gee... I wonder who could have given the 2000 Yankees a little boost. Hmmmm 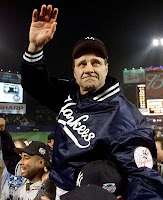 Jon and Lisa, our New York blogging friends at Subway Squawkers brought up some interesting contradictions about Joe Torre's recollection of the steroid era and the 2000 World Champion Yankees.

They brought up the Torre quotes before his new book where he said "I certainly didn’t see anything that really caught my attention” regarding juicing.

But in the book talked about how it was so obvious that players who worked with McNamee had their bodies change.

McNamee. Remember him? The creepy drug dealing trainer who was on the Yankee payroll in 2000.

Either way, I don't want people saying that I am discrediting the 2000 World Series title. I already said I think we will never know the full scope of the steroid era and we should just leave the numbers be, adjust our math a little for the Hall of Fame and move on.

And yes, chances are the 2004 World Champion Red Sox had some players who got a little bump!

But there's another little nugget that the Squawkers pointed out that made me chuckle.

Regarding the stumbling September the Yankees had in 2000 that nearly cost them a trip to the post season, followed by a stellar World Series run, Torre said “If people want to devalue the 2000 team, is that how we lost 15 out of 18 down the stretch? We dried ourselves out and then got a heavy dose for the postseason?”

A heavy dose... I wonder if the Yankees got anyone in the second half of the 2000 season that could have given them a boost.

I wonder if there was a new player who was, if you will, injected into the Yankee clubhouse in time to give their post season hopes the proverbial shot in the arm. 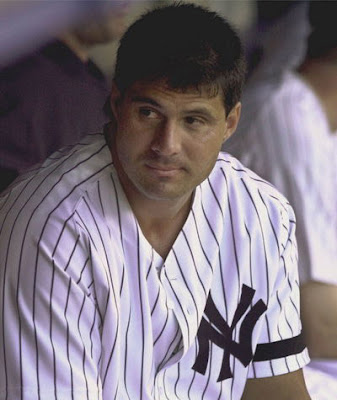 
Has Canseco said ANYTHING that turned out to be untrue?
Isn't he the most reliable source for any topic that this point?

Canseco says A-Rod tried to sleep with his wife?

If Canseco told me Los Angeles was in Rhode Island... I'd give him the benefit of the doubt.