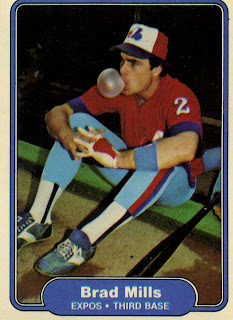 These are the 1982 Fleer cards... and how I had some in my mom and dad's garage I have no idea.
I have recollection of adding them to my collection.

But there's something odd with this series..
Yes they have that same homemade quality that the 83 Fleer series had that Scott Mortimer obsesses over and I wrote about.

But there is something even stranger. 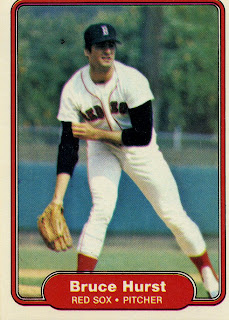 Look at this shot of Bruce Hurst.
It seems so distant... like it is really zoomed in. 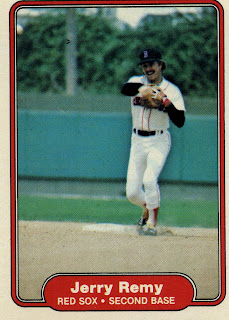 And look at these of Jerry Remy and Carney Lansford.
Not crisp at all.

Kind of fuzzy and hastily framed.
It's almost as if they didn't have permission to be on the field and just snapped the first picture and ran off before they were caught.

Think I am exaggerating? 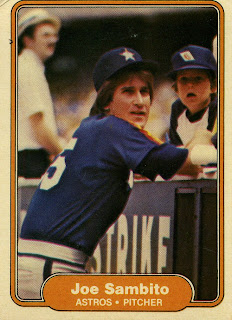 Check out this one of Astros reliever Joe Sambito!
It's bad enough that the photo is of him leaning against the railing at Dodger Stadium talking to a kid...
But it looks like he spotted the camera man.

You can almost hear him saying "He spotted me! I got to get out of here!"

I'm sure picking which pictures to use must have been a painful job.

The editor must have been screaming "Every picture is 500 yards away! Didn't any of you take a close up picture of a ball player?"

"I did sir! It's of Red Sox pitcher Bill Campbell." 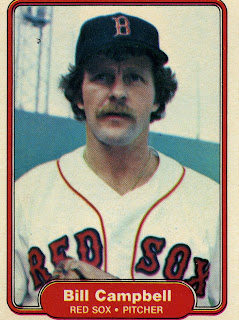 It's out of focus.
What a surprise!


Ah Fleer!
Thy name is quality.