Someone in scheduling needs to lose their job 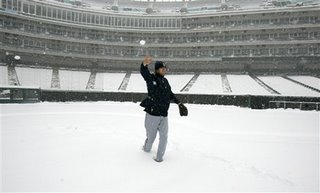 I mentioned in an earlier post I admonished MLB schedule makers for having Seattle (a team with a dome) play IN Cleveland (an open air stadium) in early April. It didn't take a genius to predict that the weather might be kind of lousy in Cleveland for the Cal Ripken like 2,131 consecutive April.

If Seattle and Cleveland had to play each other then, why not play indoors?
NOPE! Outdoors they were and the whole series was snowed out and will wreak havoc on the teams later in the year.

I heard on my beloved XM radio a woman from the scheduling department that said they had no choice but to schedule games in Cleveland then and that they'd do it again. Kind of the "Hands on the ears and yelling LA LA LA LA" approach to problem solving.

Just when I thought they couldn't POSSIBLY look stupider, the next team came in.

The Los Angeles California Angels of Anaheim in Orange County.
Let's see... which site would be better for baseball in early April?
Cleveland or Anaheim California... hmmmmm.

So Cleveland continued its spot on Siberia impersonation, what was Major League Baseball's brilliant solution for what was still the home opener for the Cleveland Indians?

Switch the series to Anaheim and move a later game in California to Cleveland when the weather is warmer? 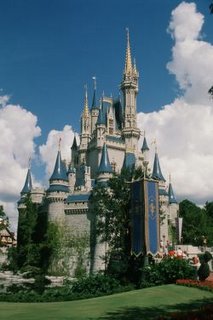 NOPE! Makes too much sense.
Better move the home opener (usually one of the highlights for ANY baseball team) to a new site.

Well how about Florida? One of the Spring Training sites!

And the Walt Disney World ballpark was not in use last week! Make it a trip for the Indians and their family and any die hard Cleveland fans who could make it out of the snow?

I GOT AN IDEA!
If you can't be in Cleveland during a snowstorm, where is the next obvious place to go? What inviting destination can you treat Clevelanders to? 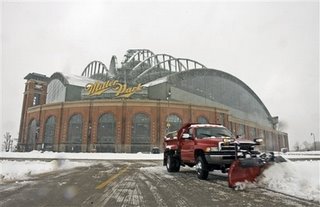 Where it was snowing...

So the Los Angeles Angels of Anaheim played the Cleveland Indians of Milwaukee.


I guess Nome Alaska was booked.
Posted by Sully at 3:06 PM