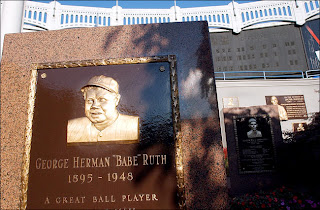 Red Sox fans should feel lucky thus far and we should also enjoy the fact that our team has been pitching so well and that the Yankees are doing an outstanding Chicken Little impersonation.

Remember 2005... the Yankees were clueless and reeling and the Red Sox were the defending champs with an eye on 2 in a row. And they finished the season tied. Things can turn around in an awful hurry. (Remember, J. D. Drew hasn't gone to the DL yet... yet.)

So going into the Bronx after the sweep in Boston I am not going to be greedy.
I do want a win tonight and I would love 2 out of 3.
I would love 3 well pitched games, more Papelbon magic and one new Manny moment.

I'm not talking about a home run or a double down the line.
I want him to be buying a hot dog from a vendor while the game is going on.
Or maybe running into the wrong dugout at the end of the inning.
Or maybe have a camera catching him doing the robot in left field.
Or coming out in a towell.

I'm telling you, no superstar in sports is funnier than Manny.
We're due. 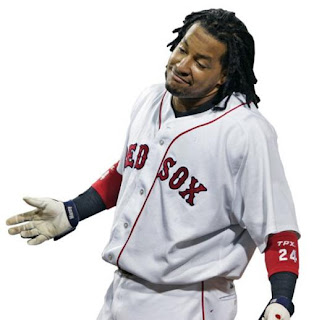