A tip for Umpires and Schedule makers 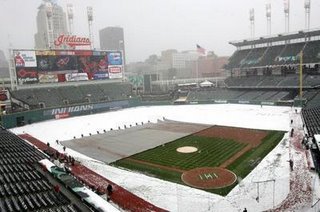 Hey Umps. When you have to break out snow shovels and snow plows before a game and nobody can open their eyes because it's snowing in their face... here's a tip. Call the game. Call it before people take the field.

Yeah I know it was opening day in Cleveland, but don't worry. The fans will come back. It's Cleveland. What else is there to do? How many times can they go to the Rock and Roll Hall of Fame? If you can make a snowman on the field, call it.

Hey schedule makers. Did you notice that there were California teams playing EACH OTHER in early April? Chances of snow in Oakland and Anaheim are a smidge smaller than in Cleveland in April. Something wrong with an Indians/Angels game now? Just write it on a Post-It note. "Warmer in California than Ohio in April." It's not a new development.

Just a helpful hint from your pal Sully. 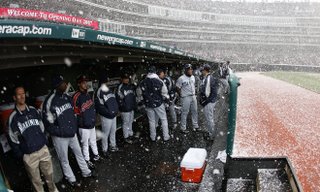