Oh yeah... the Red Sox. I almost forgot about them 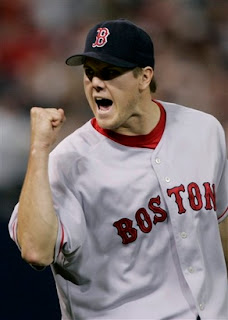 The subjects of my blog show what a shallow and petty group we Red Sox fans are.

And I barely write ANYTHING about the Red Sox, the team I love.

It's more fun to hate than it is to love sometimes.

What can I say? I wanted the Red Sox to sign Clemens mainly because it would hurt the Yankees! (What kind of values am I going to teach my children?)

But even without him, I love the pitching staff.
Schilling is pitching well (although it would have been interesting watching Clemens and Schilling try to share the spotlight.)

Beckett has adjusted and is throwing like an ace.
Dice-K has been up and down, but at least the Sox have been winning his starts.
Wakes looks good and even Tavarez 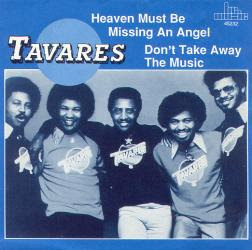 (Julian, not the disco group) has thrown well his last two starts.

And with Papelbon, Okajima, Donnelly and Romero all doing well, they finally have a deep pen. When was the last time the Sox had a deep pen? Oh yeah... 2004.

And the lineup is good and role players like Willy Mo and Cora have gotten big hits.

They are the best team in the AL right now.
They've beaten the Yankees 5 out of 6 times.
They have a 6 game lead in the division, the biggest any team has.

And Manny is warming up.
Christ, even J.D. Drew isn't hurt yet.

Right now I wouldn't make a single player move. It's all working.

I have nothing to complain about.
So far the young season is going better than planned and it makes me happy.

And who wants to read that?

But enjoy more about Tavares.
Posted by Sully at 11:34 PM