George Steinbrenner and the Weinstein Brothers are probably jerks... and we're all better because of it 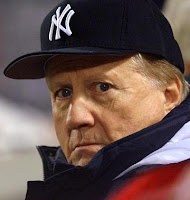 Newsday's Steve Jacobson wrote an article about the out going George Steinbrenner today being an awful boss and pretty much a bad guy who got too much credit.

I think the trashing of Steinbrenner is a little bit petty at this point.


Mind you, this is coming from a Red Sox fan.

It reminds me of the book “Down and Dirty Pictures” written by the great Peter Biskind.

Biskind wrote “Easy Riders and Raging Bulls” which is probably my favorite book about films ever. He then wrote “Down and Dirty Pictures” which basically picks apart the Miramax/Sundance films of the 1990s.

And you get the unmistakable conclusion that Harvey and Bob Weinstein are rotten people. That they intimidate, that they are petty, that they strong arm people and throw temper tantrums when they don’t get their way.

You can’t help but read that book and say “Man, what a—holes!”

Just like Steve Jacobson’s article makes you realize that Steinbrenner is a category 1 pr*ck, especially with the whole Dave Winfield/Howie Spira mess. 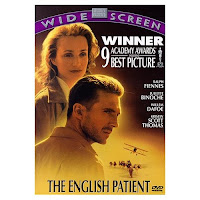 And you can also assess from “Down and Dirty Pictures” that as much if not more credit for the rise of Miramax had to do with Steven Soderbergh, Quentin Tarantino, Pedro Almodovar, Ben Affleck, Matt Damon, Gwenyth Paltrow and the makers of The English Patient, Chicago, Shakespeare in Love, The Crying Game and Scream than it does to any wisdom of Bob and Harvey.

Just as you can point to Gabe Paul, Billy Martin, Dick Howser, Stick Michael, Buck Showalter and yes Joe Torre as actually being the real reasons for the Yankees 2 returns to greatness.

But think about what movies would be like if not for the Weinsteins!
They took films that existed only in college theaters and obscure revival houses and brought them into the multiplexes and you can’t write a list of the best films of the 90s or 2000s without having a slew of Miramax films on that list.

It happened on their watch and forced other studios to raise their game as they saw the Weinsteins turn the Oscars into their own private party and find low budget movies that turn a big profit.

And think of what the Yankees were before Steinbrenner arrived.
They were just another team. Oh sure yeah, a team with a great history… but a history that was nearly a decade removed from October… a team that was slipping into irrelevance.

When you hear Yankee fans older than me trying to prove their loyalty to the team, they tend to say “I was with them through the Horace Clarke years… the Ron Blomberg/Fritz Peterson years…”

The Yankees were overshadowed by Oakland, Baltimore, Pittsburgh, Cincinnati…
And attendance was down everywhere.

Under George they became exciting, relevant, they won and guess what? They became the Champs AND the bad guys again!

Guess what happened?
Attendance went UP again!
While Yankee fans have always seemed slow to understand this, the rest of baseball loves to root against the Yankees. (As I said before, there is no musical called “Damn Brewers.”)

It was cool to be a Yankee fan again and there was venom rooting against them.
And guess what else happened?

The other teams followed suit.
Between the Yankees pennant in 1981 and winning the World Series in 1996 there was a great era of baseball parity.

In the 13 World Series between those Yankees pennants (remember there was no series in 1994) there were 9 different teams winning the AL Pennant and 8 different NL champs.

And parity (and spreading the championship wealth) has happened after their last World Series title in 2000.

Are the Weinsteins jerks? Yeah… but the results are good.
Same with George.

Trust me… the Yankees will miss him.
And so will baseball.