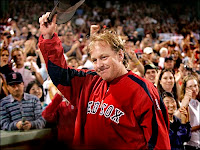 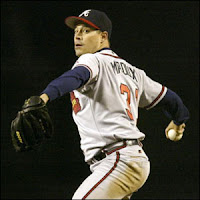 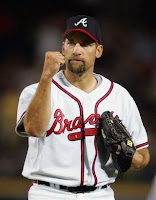 It’s your pal Sully.
I think each and every one of you needs to take a good long look into the mirror and realize it’s over.
You need to pull a Mike Mussina and know your limitations.

In your day you were the best.

Curt, you won 20+ games three out of four years in the height of the steroid era and finished with a 10-2 record in 19 post season starts with a 2.23 ERA, 4 complete games and 2 shut outs. And you have 3 World Series rings.

Pedro, you have no bigger fan than me. Considering the era you pitched in, you had some of the greatest seasons in the history of baseball. In 1999 you went 23-4, striking out 313 in 213 1/3 innings all the while posting a 2.07 ERA… nearly 3 runs lower than the league average. And when you won the Cy Young the next season, your ERA was 1.74 while the league average was over 5! You were in the top 4 of Cy Young 7 out of 8 years. And you have a World Series ring.

John, you are one of the best big game pitcher of the last 2 decades. Only two people in history have a 20 win season and a 50 save season… you and Dennis Eckersley. You’ve recorded 3,000 strikeouts and won the 1992 NLCS MVP. And you have a World Series ring.

Tommy, you are a 2 time Cy Young winner, a World Series MVP, a five time 20 game winner and one of only 5 left handers in history to win 300 games. And you have a World Series ring.

But you are all DONE!
Curt, you couldn’t even pitch this year!
Pedro, when you DID pitch, you were lit up to a 5.61 ERA!
Greg, you were a shell of your former self in Los Angeles.
John you had season ending shoulder surgery in June. How many 40 year olds come back from shoulder surgery?
Tommy, you pitched once after June last year and you were rocked.

Now look at Mussina.
He won his 20th game and walked away.

He was 2 good seasons from 300 wins.
He looked like regained his form after a horrific 2007 season where I said he was toast.

He is leaving at least $10 million on the table.

And he never got his World Series ring.

And he’s walking away.

Do the same.
You are all free agents.
You have all earned millions of dollars.

Don’t get rocked anymore. Let the legacy of big numbers, big wins and big games in an era of inflated hitters be how people remember you.

And imagine Cooperstown six years from now (assuming Schilling doesn’t get on in the first ballot because his last game was in 2007.)

That’s right… all six of you in.
All six of you holding their plaques as if to say “Hey, it may have been a juiced era, but some pitchers made their mark too.”

It will be a great day as Red Sox fans, Braves fans, Yankees fans (and some Diamondbacks, Cubs and Orioles fans) make the trek to see the guys who wanted the ball when the balance of the game was taken out of the pitchers hand and into the batters box.