A Tampa Bay dynasty in the works? Not so fast...

A team came out of nowhere and stunned the baseball world with a pennant.
A team that had been bad for so long that for a decade teams treated their games on the schedule as an automatic W.

This team plays in a city that had won a pair of Championships in this decade… including in the sport that most of the fans follow.

The baseball team was not really on the radar.

But a year after 90-100 losses was a given, the team exploded into the playoffs when people wrote them off all year long.

They shot past the defending World Champions in the regular season.
In the playoffs, when nobody gave them a chance, they advanced to the American League pennant, taking out one of the Northeastern payroll giants in the process.

They were favored in the World Series, but alas the magic wore off.
An opening game loss to the NL Champs coupled with three more losses in the NL home park ended the series on a bitter note.

But with a roster filled with rising young stars in the pitching staff, solid bats and a young stud who stunned the baseball world with his relief heroics, the team looks like a lock for post season play for years to come!

You can’t tell can you?
The Tigers were a wreck of a team.
And Hockey Town had won recent Stanley Cups and had a Pistons title as well.

But in '06, they passed the World Champion White Sox on the way to the playoffs and beat the Yankees and A’s thanks to the arms of Verlander and Bonderman, the stunning relief job by Joel Zumaya, the bats of Placido Palanco and Carlos Guillen, Maggio Ordonez’s power and Curtis Granderson’s legs.

And when they lost to St. Louis, it seemed like the future would be brighter than bright.

And it looked good in the first half of 2007.
On July 19th they had the best record in baseball…

And they would go 31-38 the rest of the way, miss the playoffs and despite big off season moves would finish in the cellar for 2008.

What is my point?

It’s a sport where a team can rise from the ashes and give their teams something to cheer about, and then just as quickly collapse.

Remember how I pointed out that not one single team played in all three of the last post seasons?

Well that means that there are going to be teams like the 2006 Tigers, the 2007 Rockies and Indians and maybe even the 2008 Rays that put it all together.

They look like a new dynasty or at least a club that can put a pennant contender on the field for the next bunch of years like the Braves or Indians of the 1990s.

But maybe just everything clicked.
Maybe the stars aligned and for a season (or for the Rockies’ case, a month and a half) everything worked out.

Maybe Big Game Shields will regress like Verlander, Bonderman and Robertson all did. 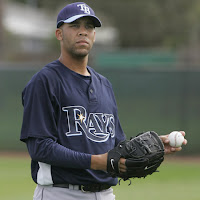 Maybe big league hitters will figure out David Price, like they did with Phil Hughes and Clay Buchholz.

Maybe BJ Upton and Evan Longoria’s stars will dim like Troy Tulowitski’s did.

Or maybe they WILL be a new dynasty and win several more AL Pennants and even a World Series title.

Or Cy Young winner Dallas Braden taking Oakland all the way to the World Series.

Or Tim Lincecum leading the Giants to their first ever World Series title.

But the one certain will be this:

It won’t be the Pirates.