As Hal takes over the Yankees, I can't help but think of that idiot Steve Swindal 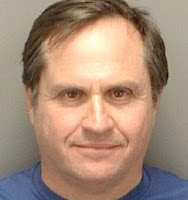 He is the Carlo of the Steinbrenner family.
The Son in Law who could have had everything he wanted if only he wasn't so stupid.

For Carlo it was a position in the Corleone family... all he had to do was not hit Connie and then cheat on her and not cut a deal with Barzini handing over Sonny.

For Steve it was full control over the Yankees, especially in an off season where he'd have $80 million extra and a new stadium to play with... all he had to do was call a cab when he was drunk in Tampa.

Instead he drove drunk... was caught and his wife divorced him...
And suddenly he's just another drunk Yankee fan in Florida.

Now the keys of the kingdom have been handed to Hal, the Michael of the family, instead of Hank, the Steinbrenner answer to Sonny.

Because when it comes to the chance to take complete control of one of the powerhouse franchises in the sports world, God Knows there will be a next time!