Seriously, it is the only merciful thing to do at this point.

Joba burst onto the scene in 2007 as the next dynamic pitcher in the Bronx.

And every single year since, people have been wringing their hands debating about whether he should start or relieve.

And now 3 seasons later… he’s been transformed into a potential #5 starter after having a rough post season as a reliever.

As I wrote when I compared him to Matthew McConaughey, his stats show he puts up great numbers as a reliever and mediocre numbers as a starter. If, after 2 and a half seasons, Joba was even decent in the rotation, he’d be at least a #4 starter at this point.

Instead we have more hand wringing.

Remember when people were saying Joba was an ace in the making?
Remember when the “keep Joba in the rotation” crowd kept saying how the bullpen was wasting his talent?

People were saying he could win a Cy Young.

Now I’m not even sure he could win a Dennis DeYoung!

This blogger wrote the wonderful sentence “The only people who want Joba Chamberlain in the bullpen are the people who have very little knowledge of baseball.”

I fancy myself having a little knowledge of baseball. And I think that using 90 innings at his full potential is better than 200 innings of mediocre pitching. 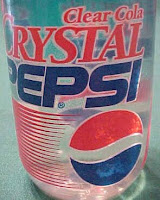 It is clear as 1990s Pepsi that he should be the bullpen closer in waiting… like Steve Young waiting to take over for Joe Montana.

But alas, the Yankees are doing everything short of hiring Jeff Gillooly to destroy Joba’s career and put him back in the rotation.


He’s won a ring in New York and had a few big highlights in the Bronx. But if they are going to ruin his career, they might as well deal him to another team.

The Phillies could use a closer… Hell a good closer could clinch the NL Pennant for them!

The Angels, the Marlins, the Cubs or the Giants could all use an upgrade in the closer position.

The Brewers have the only pitcher in history with more saves than Mariano Rivera in Trevor Hoffman… Joba could be groomed to be the next Trevor.

And those teams might pay through the nose to get him. The Yankees could get the next corner outfielder, solid infielder or pitcher to groom in exchange for Joba.

Joba could get some peace of mind with a fresh start, a steady role and oh yeah… a media that doesn’t put the race for the #5 starter on the backpage of the newspaper!

And oh yeah, when Joba has developed into a tremendous closer and Mariano Rivera ultimately retires… the Yankees can just sign Joba as a free agent.

See? It’s the circle of life.

And in honor of Dennis DeYoung, enjoy this…