My Wife is a baseball genius 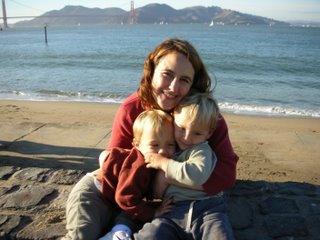 A few postings ago, my wife Lisa made her picks for the League Championship Series.

Seeing she doesn’t follow baseball at all and made her picks based on the teams uniforms.

I made my picks based upon 3 decades of studying the game of baseball and analyzing stats and keeping up to date with injuries and which players are playing well.

I picked the Mets and A’s.

And not only did I pick the LCS completely wrong, but remember I had ALL FOUR division series wrong. I’m 0-6!

How did my wife do?
She picked the Cardinals and the Tigers.

Which means whomever she picks for the World Series is my pick.

I’d leave it at that, but there’s more.

Ever since I was a kid, during the summer I would walk down the beach with a wiffle ball bat and toss rocks in the air and try to hit them into the water. I usually swung and missed.

When we got married, I took Lisa to walk down the same beach. She tried hitting the rocks.
She was a hitting machine.
I’m not talking about the occasional rock dribbled into the Long Island Sound.

She was hitting consistent line drives with a technique that was straight out of Tom Emanski’s hitting DVDs.

It was like watching Wade Boggs or Tony Gwynn or Rod Carew in batting practice.

I am convinced that if my wife became a general manager, she’d make every trade and every draft pick based on what they wore and how they ate... and she’d build a World Champion.

I only hope my kids inherit my love for baseball and my wife’s ability.

She makes her World Series picks tomorrow.
Bet your family nest egg on whomever she picks
Posted by Sully at 4:02 PM