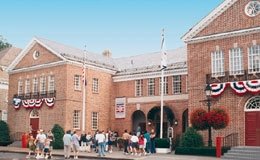 It’s that magical time of the year again...

It’s Hall of Fame ballot time!
Time to bust out the stats and compare different eras and have sports writers play God and decide who will be immortal... and take the whole process slightly more seriously than canonizing a Pope.

I agree with my dad who thinks football does it best.
Basically they basically have the admission policy of “Hey! He was good! Put him in!”

Then again football doesn’t have the laborious statistical analysis that baseball has.
What exactly is a pulling guard going to lead the league in?

Meanwhile stat heads spend an ungoldly amount of time crunching numbers, comparing Tinkers, Evers and Chance to Edgar Renteria and proving that the most feared hitter in baseball history was Juan Beniquez.

Every year some poor veteran waits by the phone, hoping for it to ring with the call of immortality, only to be denied by some geek with a caluclator questioning Dave Parker’s VORP.

I do not have a vote.
I think we can all agree this is a tragic injustice.

If I DID have a vote, here’s who I’d vote in on this ballot:


Gwynn and Ripken are no brainers.

Gwynn was the most consistent hitter I have ever seen... and I used to watch Wade Boggs regularly. The guy finished with a .338 Average, won a batting title at age 37, never left San Diego, got his 3,000 hits, played in 2 World Series for the Padres and was an inspiration for guys with big guts all over America. And not the least of his accomplishments was he managed to look like an All Star despite wearing the Taco Bell wrapper uniforms of the 80s and the brown and yellow jerseys of the 90s.

Ripken had the streak which a lot of people called selfish... but who was the great shortstop that he was denying playing time to? Juan Bell? Remember he was a pre-A Rod/Jeter/Nomar/Tejada shortstop, playing at a time when the shortstop was supposed to be the quick player who couldn’t hit... not the guy who averaged 23 homers and 91 batted in. Plus there is that urban legend about the streak continuing despite his discovering his wife in bed with Kevin Costner. I have no proof that that happened, but I believe it to be 100% true.

Gossage should be a no brainer as well, especially since Sutter did not pitch as long nor put up Gossage’s numbers. People who are quick to bestow the “Greatest reliever ever” title to Mariano Rivera should take note of the Gossages, Fingers and Sutters of the world. In his World Series clinching season of 1978 he threw 134 1/3 innings of relief in 55 games. Read that again. That’s more than 7 outs AVERAGE per appearance. Compare that to the coddled 3 outs with a 3 run lead save that most relievers pile up now. His ERA in that 134 1/3 innings? 2.01. That means most games were over in the 7th inning. That era of closer might be gone and he was one of the best. Plus he understood the need for bad ass facial hair in order to be successful as a closer. (Bonus points for wearing 1970s era White Sox and Pirate uniforms as well as the Taco Bell Padres uniform.)

Jack Morris never gets the support that I think he deserves. He won more games than anyone in the 1980s and ate up innings like Pac Man. Yeah his ERA was a higher than you would want it to be, but I bet he had a few 9-5 complete game wins that bulged the ERA but rested the bullpen along the way. Plus MAN was he a big game pitcher. Before stumbling in the 1992 playoffs and World Series with the Blue Jays, he was 7-1 in the post season including the epic 10 inning complete game shut out in game 7 of the 1991 World Series. Even with the poor post season in 1992, he finished his post season career 7-4 with 5 complete games and was the #1 starter for three different World Championship teams. Who would you rather have start a big game? Jack Morris or Hall of Famer Don Sutton?

Dave Parker, like Morris, never gets the love I think he deserves. Maybe I am voting because of the strong impression he gave me as a young baseball fan. Maybe I was awed by the fact that he was such an offensive force for so many years, getting MVP consideration from 1975 to 1990, winning in 1978. Maybe it was the batting titles, Gold Gloves and home runs hit out of sight. Maybe it was the fact that he was the MAN in the National League for so many years... or maybe I just loved that shot of him smoking while in uniform. Either way, color me a fan of the Cobra. And don’t talk to me about his drug use. Paul Molitor and Fergie Jenkins are in the Hall despite a checkered drug history. I say put Parker in.

Jim Rice is as emotional a choice as I can think of. People point out he didn’t pass certain numerical mile stones. I remind them that over 16 years he averaged .298 with 30 HRs and 113 RBIs back when that meant something. People point out his defense was suspect, as if the likes of Reggie Jackson are in the Hall for their slick fielding. Detractors point out he was surly and unliked. Gee whiz, I wonder why he was so tense? He was the only black person within 5 miles of Fenway Park most of the time, playing in Boston during a time of school bussing getting his checks signed by Mrs. Yawkey, who probably made his paycheck out to “cash.” This was an organization that LOST a racial discrimination case in 1985 (!) and there were whole years where Rice was almost the only player of color on the Sox. Why the frown, Jim? Here’s something to chew on... despite not being loved by the press, they still put him in the top 5 of the MVP 6 times (winning in 1978) over a time stretching from 1975 to 1986. So no, he didn’t put up the career numbers you would hope. But being the most feared right handed hitter in the AL for 12 seasons should count for something.

And that’s my ballot.

And yes I left off Mark McGwire. Yeah I know McGwire hit 500 some odd homers and saved the game of baseball. And yeah, he was the type of slugger who could change a game with each swing. But look at his numbers before his... ahem... comeback. He was a one dimensional low batting average home run or strikeout hitter. He was Dave Kingman. The defenders of how he saved the game in 1998 claim he should be let in for that reason. I say have a nice exhibit of the home run race and have McGwire buy a ticket.

Until they put Maris in, McGwire (nor Sosa) should be in.

Canseco was a better all around player than McGwire and at least he’s owned up to it. Not saying he should be in... but I was in the Bay Area for the Bash Brothers era. Canseco was the MAN! Plus he is hilarious.

All apologies to Andre Dawson and Dale Murphy, who dominated for stretches but not in the way Rice and Parker did.

Apologies to Lee Smith... you got a lot of saves and were a terrific closer. But a bullpen closer has to slam the door in the big games. In 4 playoff appearances you went 0-2 with an 8.44 ERA and your team never advanced. Sutter, Gossage, Fingers, Eckersley and Rivera all slammed the door on the World Series title. Should be a prerequisite (that will be tested when Trevor Hoffman makes his way on the ballot.

Apologies to Lee Smith’s nemesis Steve Garvey. You were a great player for a stretch, but not long enough. Besides Cooperstown doesn’t have enough hotel space for all your children.

Apologies to Don Mattingly. For 5 years you looked like a lock. Then your back acted up and you decided to retire JUST BEFORE the Yankees latest World Series run. Talk about lousy timing!

Sorry Blyleven, I think aces should be in the Hall... not good pitchers who piled up numbers. Again, in a big game would you rather have Blyleven or Jack Morris.

Tommy John should be in as an innovator.

Alan Trammell has the World Series MVP and some great seasons. He was a poor man’s Ripken. I thought long and hard about him... decided not.