Seriously... it makes all the sense in the world for both Dye and the Pirates. 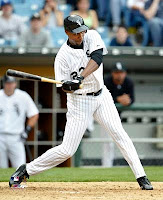 1. It's good for Dye because it is employment!

The options for Dye are drying up pretty fast.

Spring training is starting in a few weeks... and technically the Pirates are still a big league club. 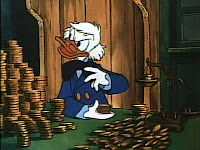 2. It's good for the Pirates because he won't be THAT expensive.

Over the past 17 seasons, the Pirates have operated with three constants:

They will draft poorly...they will trade away all their good players for little returm... and they will ALWAYS slash the payroll.

In an age where the low budget Twins have a $90 million payroll and the Marlins locked up Josh Johnson and Hanley Ramirez to deals, the Pirates remain special with their miserly way. What other team can see a $48 million payroll in 2009 and think "SLASH IT!"?

With a projected $34 million payroll going into 2010 (which is less than the combined annual salaries of Barry Zito, Vernon Wells and Luis Castillo) the Pirates can afford to offer Dye $5 million and still have a sub $40 million payroll. 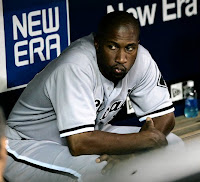 3. It's good for Dye because he won't be on the bench in Pittsburgh

Most of the teams still looking for outfield help are basically looking for depth and a potential DH.

The Pirates have room in the starting line up... and what better way to show your way to a better contract than proving you can start for a big league club.

(Technically, the Pirates are a big league team.)

4. It's good for the Pirates because they'll have a little bit of depth

Yeah the Garrett Jones story last year was great... but are you really expecting a career minor leaguer to keep up his torrent second half pace?

And if he does continue to hit, he could move to first... or give the Pirates depth.

Now Pirate fans younger than 25 have no idea what "depth" means. Look it up.

5. It's good for Dye because he'll probably make the All Star team.

Or at least he will have a better shot with the Pirates.

Once again coming off an All Star season, even one worthy of the Mike Sharperson Award, is good for contract negotiations.

6. It's good for the Pirates because they might have an All Star people have heard of!

One glance at the current roster doesn't bode well for picking a legit All Star.

Zach Duke is a former All Star from last year... but in the last two seasons they have jettisoned off former All Stars Freddie Sanchez, Nate McLouth, Jason Bay and Jack Wilson.

And those guys weren't exactly household names then either.

7. It's good for Dye because he gets to be the respected veteran who has walked the walk

Remember when Terry Pendleton joined a last place Braves team after the 1990 season?

The club had a lot of young players and very few experienced veterans. And they were a loser year in and year out (including 97 losses in 1990.)

Pendleton came in and was the guy who had been a winner and led by example. The other players looked up to him and followed his lead (which included a batting title.)

Stats wise, Barry Bonds had a better year statistically... but Pendelton's prescience made him the MVP.

In 1996, Pendleton's final year with the Braves, Dye made his big league debut with Atlanta.

Now I am not saying Dye will lead the Pirates to the World Series. But the Braves were an embarrassing and irrelevant team... kind of like the Pirates are now.

And I am guessing it would be cool to have an entire team looking up to you... kind of like that scene in Bull Durham when Crash Davis was describing his cup of coffee in the show. 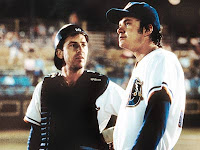 8. It's good for the Pirates because Dye could be Crash Davis to Lastings Milledge's Nuke LaLoosh

Sorry to throw two Bull Durham references into this post, but it makes sense.

This signing would have as much to do with Milledge as it does Dye. Think of it as a chance to turn around the mindset of an immensely talented player that the Mets and Nationals gave up on... and those two teams aren't exactly brimming with young talent.

Take the multi million dollar talent with the 10 cent head Milledge and have him follow Dye 24/7.

If Milledge do what Dye says and fulfill his talent, maybe he can play for 15 seasons, make some All Star teams, get some MVP votes, win a World Series MVP and make tens of millions of dollars in the process.

And it will make Milledge even more valuable when the Pirates trade him just before he becomes a free agent. 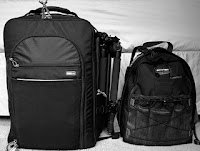 9. It's good for Dye because he will be traded to a contender at the deadline.

It's what the Pirates do... anyone of worth has their bags packed by the end of July. 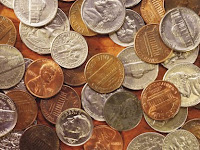 10. It's good for the Pirates because they can shed his salary in July

And as we know, shedding payroll is what the Pirates do best!