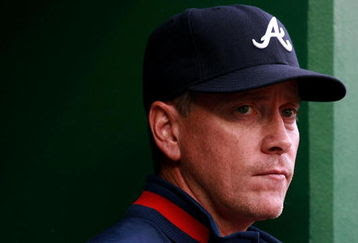 I wrote yesterday about how Tom Glavine should be among three unanimous Hall of Fame inductees in 2014.

There is no logical argument to keep Glavine out of the Hall.
But guess what?

That won't stop some people from making some illogical arguments!

Harold Friend wrote an article that sure looked well researched until you actually read what he said.

He claims that Tom Glavine never dominated. Really? You mean when he won his two Cy Youngs he wasn't a dominating pitcher? When he consistently lead the league in games started and would be among the league leaders in complete games and shutouts, he wasn't dominating.

He would have won at least two more Cy Youngs if not for Greg Maddux and Randy Johnson, who are two of the great pitchers of all time.

Sure he was the #2 starter with Maddux on the team. That's not exactly a dishonor. (I am sure Don Drysdale didn't mind being the #2 starter behind Sandy Koufax.)

And a quick glance at John Smoltz's regular seasons would reveal that he put up better numbers than Glavine during the 1991-1999 run exactly once. (That would be Smoltz's 1996 Cy Young season.)

And oh yeah, Smoltz is a Hall of Famer as well.

Please. (Then again the same article he says the fact that Mike Mussina never won a World Series game goes against HIS candidacy. Of course Mike Mussina won Game 3 of the 2003 World Series. He out dueled Josh Beckett. That took 3 seconds to find the box score on Google.)

I am starting to hear other moronic arguments against Tom Glavine.

"He was the beneficiary of playing on great teams."

No... they were great teams BECAUSE THEY HAD GLAVINE-SMOLTZ and later MADDUX!

"Look at his ERA+ and break down his stats compared to other Hall of Fame pitchers."

HE PITCHED IN THE STEROID ERA!

In 1998, the year of the great Sammy Sosa/Mark McGwire home run chase, Glavine went 20-6, posted a 2.47 ERA over 229 1/3 innings pitched. He was among the league leaders in hits per 9 innings and adjusted ERA+ and won the Cy Young Award. I think he held his own while batters were injecting God knows what into their system.

Sure. All he did was win the WORLD SERIES MVP!!!!

And 3 of his first 4 World Series starts were complete games.

In an era of batter dominance and offensive numbers that were nothing short of obscene, he was an ace year in and year out, posting numbers and winning awards that would get him into the Hall in ANY era.

He's a Hall of Famer.

Get the stupidity out now.