This Johnny Damon saga is getting strange 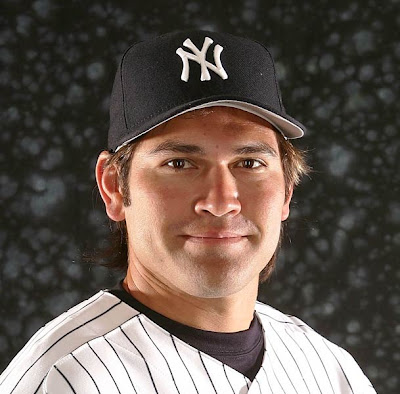 Buster Olney of ESPN thinks Johnny Damon will take a one year $7 million contract and Olney has no reason to lie to me.

And if he does, I just wonder what the Giants must be thinking right now.

Damon's price is dropping faster than Frozen Concentrated Orange Juice after the Duke's cornered the market.

The Giants acquired questionable Aubrey Huff for $3 million.
For an additional $4 million, they'd be able to have a spark plug at the top of the order with championship experience and enough pop and speed to take advantage of the deep power alleys of AT&T Park.

I've been saying since January 1 for the Giants to pick up Damon... and in they end they won't to save $4 million.

Isn't having DeRosa at third and the Kung Fu Panda at first with Damon leading off better for the team than Huff at first, Sandoval at third and DeRosa in the outfield?

I'm repeating myself at this point, but I'll go out on a limb here:

Pitchers and catchers are reporting next week. According to Yahoo Sports, the Giants will have a payroll of $100 million.

It's not too late Giants to do what you should have done a month and a half ago!