It is Official! Soccer will NEVER catch on in America 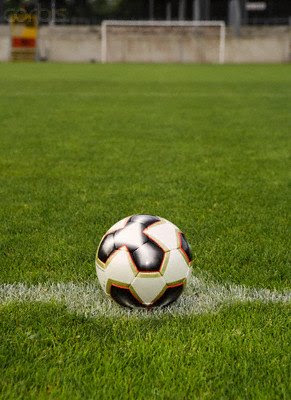 This is the first ever Sully Baseball post about soccer and I can't imagine there will be many more.

Let me say this again.

Soccer will NEVER EVER be a popular professional spectator sport in America.

It's not happening here.

They tried an indoor league.

The brought the World Cup to America.

They formed another league in the 1990s.

Brandi Chastain took her SHIRT OFF!

Bringing David Beckham to Los Angeles was the last chance... and while there was a fascination at first, I think most of the gawkers thought he was a good looking dude who is married to a Spice Girl who just happens to play a little sport.

In his first exhibition game, Beckham was on the sideline in a suit and tie nursing an injury.

The General Manager of the LA Galaxy said "We didn't sign Beckham for this exhibition game."

Au contraire! He needed to be playing that day because it was the only game maybe in our lifetime that America was watching an American soccer game.

He needed to bend it like... well... Beckham, not look dashing in a nice suit.

It was like the second season premiere of Twin Peaks. Everyone watched expecting to find out who killed Laura Palmer. And when the episode ended and the killer wasn't revealed, everyone stopped watching the show.

Well guess what? I live in Los Angeles and the LA Galaxy have absolutely zero buzz in the LA Sport scene.

And now Beckham is leaving LA and leaving millions of dollars on the table.

Can you blame him?

He's a major league talent playing in a minor league.

The best golfers are in the PGA.
The best tennis players play the US Open, the French Open, Wimbledon, etc.

If you are a great soccer player, are you thinking "Man, some day I'll play for Real Salt Lake?"

If you were in Spain and you saw they had a baseball league, would you expect the quality of play to be very high?

So no... it will never happen here.

And don't believe the "Kids of America are playing it and they'll grow up big soccer fans" theory.

In our town in Massachusetts, we played a variation of Dodgeball called "Crackabout." We played it almost every day.

Would I watch Crackabout on ESPN if it were on?

Well, if I knew they were the BEST Crackabout players in the world, then probably yes!

I'd watch that before I watch a bunch of soccer players who weren't good enough to play in Europe.