On even FURTHER review!!! 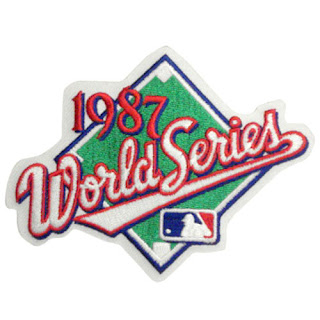 On iTunes there is a wonderful category in the TV show downloads. You can buy entire broadcasts of classic baseball games, which I recommend any big time baseball fan to do.

It's amazing to watch the final game of the 1952 World Series and see the ebb and flow of the ball game with Mickey Mantle, Jackie Robinson, Yogi Berra, Duke Snider et al playing as if it is live.

Having Red Barber and Mel Allen call the game is a treat as well.
And the final game of the 1976 World Series is amazing if for no other reason than listening to Joe Garagiola and Phil Rizzuto call a game.

Well I watched a game recently that made me feel that anyone's argument against Instant Replay in baseball needs to be thrown out the window.

As I said before, we need instant replay and any Cardinals fan will agree with me.

We all know about that game, the blown call on the Jorge Orta ground out... and if you don't then this write up by Ross Roley about instant Replay and the 1985 World Series.

No the argument is in someways clearer when the Cardinals once again were playing on the road in a seven game series.

Watching game 7 called by Al Michaels (Man he is an underrated baseball announcer!) I was reminded how tightly contested the game was and how close the Cardinals were to knocking eventual MVP Frank Viola out of the game in the second.

But there were also three distinct moments where a critical call was blown.
In the second inning with the Twins trailing 2-0, Tim Laudner hit a one out single to left sending Don Baylor to the plate.
Vince Coleman threw home to catcher Steve Lake who tagged Don Baylor and he was called out.

Every replay showed that while the throw beat Baylor home, he slid across the plate before the tag was applied... so much so that Al Michaels gave it an "Oh yeah" and the fans booed like crazy.

The Twins would score a run in the inning.

In the fifth inning, Greg Gagne hit a grounder to first and Cardinals pitcher Joe Magrane awkwardly ran to cover first. Gagne was called safe, but the replays showed that while Magrane's footing was strange, he did hit the bag before Gagne reached. The base actually shifted slightly when Magrane brushed his foot over it before Gagne made it.An argument ensued, delaying the game.

"It looks like he DID touch it" exclaimed the awesome Al Michaels.

The Twins would score the tying run on the next play.

The next inning, with the game tied, Tom Herr got a one out single with Jim Lindeman, Willie McGee and the hot hitting Tony Pena coming up. He got picked off and after a run down was thrown out at first.

However the replay showed not only had Frank Viola balked and Kent Hrbek should have been called for interference... BUT HE GOT BACK SAFELY!

Al Michaels said "Outside of that, no problem!"

Another argument ensued. The replay showed the interference clearly before the argument ended. 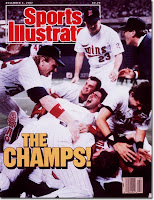 The Cardinals would not rally and the Twins would win the Game 4-2 and be crowned World Series Champs.

Now think about that for a second...
In a seventh game of the World Series... a game that was a two run game and was tied late in the game... blown calls affected three different innings.

And that's not the point.
How would the second inning have unfolded if Baylor was called safe? Would the Twins have tied it then? Would Herzog have to take Magrane out earlier?

How deep into the game would Magrane go if Gagne was called out in the fifth, making it two outs and nobody on in the 5th... instead of being pulled in the fifth and Puckett tying the game?

With a tied score in the 6th, would Herr's hit be the start of a Cardinals rally? A potential World Series clinching rally?

We'll never know because of the blown calls.
The end result of a baseball game is the sum total of individual moments and plays.

It's not just that Stanley uncorks a wild pitch and a ball goes through Buckner's legs... there are the hits and moments leading up to the climax.

Kirk Gibson didn't hit that homer in 1988 in a vacuum. The Dodgers had to hold off the A's to make it a 1 run game in the 9th and Mike Davis needed to draw a 2 out walk. 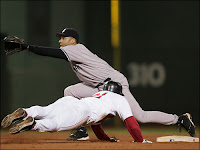 It's not just a Dave Roberts steal... Millar needed to coax a walk out of Mariano Rivera.

The equation of individual moments and the trajectory of Game 7 of the 1987 World Series were corrupted by lousy calls.
Maybe the Twins break the game open in the second inning.
Maybe the Cardinals go on a 6th inning rally.
Maybe the turnover in the lineup affects a later inning.

And spare me "it will slow the game down." Replays showed the blown call before the arguments ended on the field.

And isn't it more important to get the call RIGHT???

Think about this year's Super Bowl... 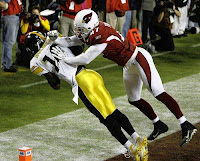 Wasn't it better to know for sure that Santonio Holmes made that incredible catch to win the game?
Will anyone remember there was a delay to review the tape?

OF COURSE NOT! They'll remember the play!

Imagine if the ref said "No Catch!"

The Arizona Cardinals would have won the Super Bowl.
And anyone who mentions that would say "Well, the Steelers actually did."


And while Cardinals fans, who saw blown World Series calls hamstring their team two out of three years, have had the pleasure of seeing their team win in 2006... there were plenty of Cardinals who never got to win a ring.

I'm not saying the St. Louis Cardinals would have won the 1987 World Series... it just would have been nice to see it unfold properly.

All I do know are these two things:

1) We have the technology to get calls right... we should use it!

2) Someone needs to hire Al Michaels to call another World Series.