Do you know who must be REALLY mad about A-Rod’s injury? 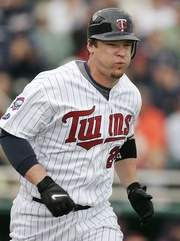 He signed his client to a deal with the Minnesota Twins this week. Now it is a nice fit for him and he’ll probably play in the playoffs…

But think about what he missed out on!
The Yankees money!

He missed out on a chance to come up to the aptly named Brian Cashman and say "Hey, I hear you need a third baseman. And it looks like there is only one left on the market. This must be very awkward for you... let's talk millions."

I guess Crede will have to settle for $2.5 million in the worst economy in generations and a chance to win his second World Series ring.