So let me get this straight… 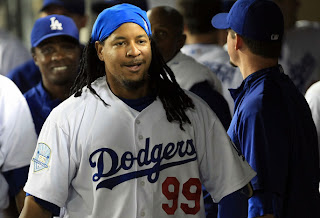 He wanted out so badly he destroyed all of his good will in Boston, went to LA and spent the whole off season sulking about his $45 million Dodger offer during the worst economy in generations…

And he signed for $45 million.

So this whole stink was over $5 million?

$5 million? That’s not even enough to build a Bionic Man with 1974 prices!