I missed a day and the Sox are still even 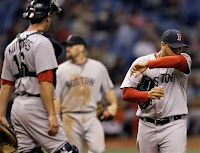