That was more tense than it needed to be 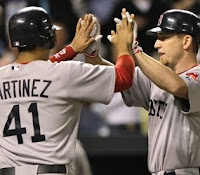 I will NOT call that a dodged bullet game… It was almost a WHAT THE F---? Game. But in the end it was a nice thumping of the Orioles, which this year is par for the course.

I actually have no problem with Delcarmen letting up back to back homers to start the ninth. With an 8 run lead I was pleased he was throwing strikes.

What I had a problem with was his walking batters whose numbers were in the 70s.

Seriously Delcarmen… you were pitching around Guillermo Rodriguez and Jeff Fiorentino.

Guillermo Rodriguez went into that at bat with 1 prior at bat this year. Now he has an on base percentage.

Fiorentino had a whopping 8 hits this year… all singles.

Better put THEM on!

They are so obscure that I am sure if their friends Google them tonight, they will find this website.

Papelbon was warming up. He should have been in his street clothes scarfing down crab cakes in Baltimore or daring his chauffeur to take him to the streets where they shot The Wire.

But all of that was moot with Ramon Ramirez getting the double play.
A series win in Baltimore and the magic number is down to single digits.

Let’s hope Delcarmen gets to be a little more aggressive with guys who barely have more big league experience than Loretta Swit. 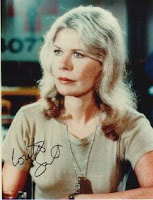